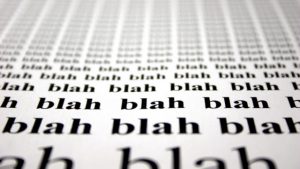 All three of these are common denominators in that second point that Madison makes – knowledge of the means by which that object can best be attained. What we see in the FBI, the DOJ and any one of the hundreds of governing entities is the culmination of people who lack the basic knowledge of how the States and these United States are to function as a Republic. For more than one hundred years the education system has deteriorated in inculcating those truths of Americanism that is the foundation for good governance. Worse now, the generation of illegals that are now demanding citizenship have absolutely zero reality regarding the fidelity to which Madison is intimating. Heck, most of the citizenry that are supporting the illegals have zero knowledge of the core principles of American Constitutionalism that Madison discusses. OK, the same holds true for the politicians that have been causing our debt, legislating immorality and giving our resources/economy to globalists.

It is interesting that in 1828 a catechism on the Constitution had to be written because the schools were lacking in the teaching of how our system of governance should principally function. Now, it is worse then that time since the 1848 infusion of Marxism, Humanism, Socialism, Globalism and worse of all the Social Gospel and a plethora of non-orthodox theology. Our moral fabric is decayed because those who hold to Biblical Orthodoxy forgot Reformation reality of engaging the culture and ensuring the sovereignty of God even over political leaders or governing bodies. This is the first principle of the Foundational Principles: ‘Who is Sovereign above All?’ When educators, church leaders, business leaders, bureaucrats and political leaders do not adhere to the Sovereignty of the God of the Bible over all – then they become their own sovereigns and act according to their own humanism.

When it comes to an example of fidelity by leaders such as in the Senate and Presidency, Madison in writing about treaties notes in federalist #64:

With respect to their responsibility, it is difficult to conceive how it could be increased. Every consideration that can influence the human mind, such as honor, oaths, reputations, conscience, the love of country, and family affections and attachments, afford security for their fidelity. In short, as the Constitution has taken the utmost care that they shall be men of talents and integrity..

Interesting that the expectation of fidelity has such a long list attached to it.

Lastly, the idea that patriotism is a bad thing as we see in the various departments of the Federal Government that are being subversive to an administration properly elected according to the methodology established in Constitutionalism. The contrarian ideology that ‘Patriotism’ to the Constitutional Republic is not necessary comes from the root of destruction growing from academia – intelligentsia and the media. That root goes like this:

“Patriotism”, V. I. Lenin proclaimed, “is one of the deepest feelings firmly rooted in the hearts of people for hundreds and thousands of years from the moment their separate fatherlands began to exist. It has been one of the greatest, one can say, exceptional difficulties of our proletarian revolution that it had to pass through a period of sharpest conflict with patriotism during the time of the Brest-Litovsk peace”. (V. I. Lenin, “Spisy” – (Works) Vol. 28, Czech edition 1955, p. 187).

And now we observe our present situation with those who do not know Founders Original Intent such as illegals, immigrants and yes – bureaucrats and politicians:

It is a great, one may say, exceptionally favourable circumstance for the socialist revolution in the present situation that patriotism, “one of the feelings most deeply rooted in people”, leans on and needs socialism in the struggle against imperialism for national interests. In this way patriotism and democracy have become mighty weapons of the workers’ class in present times and, step by step, they bring masses of new allies to the workers’ class. (“How Parliament Can Play a Revolutionary Part in the Transition to Socialism and the Role of the Popular Masses” By Jan Kozak, Member of the Secretariat of the Communist Party of Czechoslovakia Published by the Independent Information Centre, 4, Holland Road, London, W.14 (G.B.), 1961.)

Again in that writing the process is delineated as:

When the German imperialist occupiers, aided by the treacherous bourgeoisie at home and with the consent of the Western imperialist powers, destroyed the national liberty and the independence of the Czechoslovak republic in 1938 and 1939, the Communist Party of Czechoslovakia (further only C.P.C.S.) placed itself at the head of the struggle for national liberation by the Czech and Slovak people. Following up the policy of the Popular Front originating from the time of the defence of the republic against fascism at home and abroad, it formed, in the course of a heavy fight against the occupiers requiring many sacrifices, a broad National Front, in which stood, under the leadership of the workers’ class, and side by side with it, peasants, tradesmen, the intelligentsia and part of the Czech and Slovak bourgeoisie. This broad National Front, embracing all patriotic and democratic forces of the country, was led by the working class into the national and democratic revolution.

What I want to present to you is that Patriotism without knowledge and understanding of core Principles will allow for those of contrarian views of American Constitutionalism to subvert and destroy that which our Founders intended for their posterity.

What remains and what must be done? The first action is that the citizenry must again learn the orthodox reality not only of Constitutionalism, the Republic but also their State historical means of governance within Federalism. Next, Citizens as they look for eternal truth should hear from the pulpits that orthodoxy that our Founders and Framers learned at the lecterns of Biblical truth. Lastly, the so called conservative media should move to teaching fundamental principles as much as they drive on their version of emotionalism that facilitates people to action.

The cure for the embedded deep state is to not only ferret out those that are contrarians to the principles of Foundational Constitutionalism but to have every employee in any and all levels of bureaucracy and governance not take sensitivity training but mandatory courses in those core principles already stated.

In the end: If the citizenry is not inculcated in the Core Principles then we will continue to have what we have – The swamp, contrarian ideologies and immoral governance.