8-22-20 Demoncrat Convulsion – A Defense of Liberty Against Tyrants

Defense of Liberty Against Tyrants 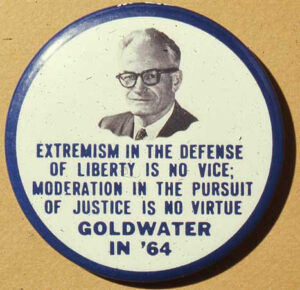 I will briefly discuss the lust fest of tyrants gathered, mostly virtually, to continue with their demented Marxists ideology of ‘democracy.’ Every one of their ‘narratives’ proclaiming their intentions for governing are a debasing of all that is ‘truth,’ ‘just,’ ‘righteous,’ ‘Constitutional,’ or ‘God designed.’

The essence of this weeks program is centered on your ‘political theology.’ All of life is acted out in respect to what you believe. So, what is it that you believe? What is it that establishes a political leader at any level of governance? What is their political theology that will be the means by which they govern? Will those you elect into any office acknowledge that they are accountable not only to the electorate but to a higher sovereign?

I will only have a short amount of time to cover Question One in ‘A Defense of Liberty Against Tyrants.’ The first discussion point is: “Whether subjects are obligated to obey rulers who issue commands contrary to the law of God.”

Here are several key points that I will review on Saturday’s program:

The ultimate question for the time we have is written by de Mornay:

The question is, whether subjects are bound to obey kings, in case they command that which is against the law of God: that is to say, to which of the two (God or king) must we rather obey?

I touch on these so called theologies because they have heavily influenced the position we find ourselves in politically in 2020. There are links in the references you can look at to get the history of what these are. In short, they believe that God is forever tolerable of all things and all religions.

So think it through, if you tolerate all things and all religions are equal since they believe in a ‘one god,’ then all things go and morality and governance is in constant flux with the philosophical elite deciding all things.

I’ll leave you to ponder that.

I have discussed Sydney’s Discourses concerning Government published in 1698 in other programs. Interestingly, it was 119 years between what de Mornay writes and Sydney. Gee, there is nothing new under the sun.

In fact, ‘A Defense of Liberty Against Tyrants’ is postulated by Sydney and established in his third point of: “…when he or they, who are rightly called, do assume a power, though within the time prescribed, that the law does not give; or turn that which the law does give, to an end different and contrary to that which is intended by it.”

The link to Sydney is in the references. Oh and don’t forget that Sam Adams at time quoted from Sydney and honored him as one of the great leaders of the English Revolution. Yup, Sydney did lose he head because of his political theology.

Are you willing to hold to the full principles of your political theology or be the follower that de Mornay chastises in his writing.

Countering a media hit piece in 1778

In my last I inclosd a News paper containing certain Queries calculated, as I conceive, to blast the Reputation of a truly virtuous Man. I must inform you that Dr Lee & Dr Berkenhout, mentiond by the Querist, were formerly fellow Students at Edinburgh; and as both were esteemed learned in their Profession, it is not improbable that on that Account they kept up their Acquaintance while both continued in Great Britain. Dr Lee you know was requested by Congress to go over to France, where he was made a joynt Commissioner with Messrs Franklin & Dean. It is possible that a Correspondence might afterwards have been carried on between them; but from the Knowledge I have of Dr Lee, I will venture to pledge my self it was not a criminal one, as the Querist would seem to insinuate, and if Dr Berkenhout was in the Service & under the Direction of the British Ministry, which by the Way is but base Suspicion here, it was utterly unknown to Dr Lee. It is doubtful whether any Correspondence was held between these two Gentlemen. I am rather inclind to think it is a Creature of the Querists own Fancy, or an artful Suggestion thrown out to the Publick to serve the Cause of our Enemies. America shod beware how she suffers the Character of one of the most able & vigilant Supporters of her Rights to be injurd by Questions designd to impute Slander, without any Reasons offerd why such Questions should be made. It is the old Game of mischievous Men to strike at the Characters of the good and the great, in order to lessen the Weight of their Example & Influence. Such Patriots as Lord Russell & Algernon Sydney of the last Age, have of late been falsly & audaciously chargd by a Scotch Tool of the most nefarious Court, with having receivd Bribes from the National Enemy; and it is not strange that a Gentleman whom the leading Whigs of America have always placd so high in their List of Patriots, who has renderd the most laborious & important Services to our Country in England France & other Parts of Europe, who so often & so seasonably developd the secret Intrigues & Practices of wicked Men & who at this time stands high in the Esteem & Confidence of the Congress, & in addition to this, when it is considerd that there are too many disaffected & insidious Men still lurking among us, it is by no Means a strange Thing that Dr Lee is also chargd with a criminal Correspondence with the Enemy, without even the Shadow of Reason. The Post who has been retarded by violent Rains is just arrivd & brings me your obliging favr of 30 Sept. It contains very interesting Matters which shall have my Attention at a more leisure Hour than the present.

Regarding a Sam Adams writing: “There certainly is a similarity between the “Rights of the Colonists” in 1772 and the “Declaration of Rights” in 1774, and between them both and the Declaration of Independence; but, as all are founded on the time-honored principles of Locke, Hooker, Sydney, and Harrington, some of whom are duly quoted by Samuel Adams in his treatise, the disputes as to the originality are needless.” Life and Public Service of Samuel Adams Volume I page 541.

Sam Adams to J. Scolla he wrote: “…But I fear I shall say too much. I love the people of Boston. I once thought that city would be the Christian Sparta. But alas! will men never be free? They will be free no longer than while they remain virtuous. Sydney tells us, there are times when people are not worth saving; meaning, when they have lost their virtue. I pray God this may never be truly said of my beloved town…”

1. Vindiciae Contra Tyrannos: A Defense of Liberty Against Tyrants

4. Almost all U.S. presidents, including Trump, have been Christians

5. James Madison and the Social Utility of Religion: Risks vs. Rewards