Political Theology: Assessing of Doug Wilson – “Resistance, Revolution, Reformation, and Romans (13, That Is)” 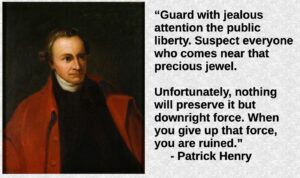 My first assertion in the Assessing of Doug Wilson is to echo his quote of Kuyper in the first minute of the presentation where in essence that which we are seeing as attacks on freedom being blamed on the state, Kuyper identifies the state as an accomplice and the real culprits in the loss of freedom are us. Doug gives the full litany of that which ‘We The People’ engage in and do nothing about, which has placed us in our present political and cultural situation.

In the Assessing of Doug Wilson – “Resistance, Revolution, Reformation, and Romans (13, That Is)”, my intent is to first be thankful for this ‘Grace Agenda’ topic. Secondly, my intent is to encourage anyone that has any bent toward the idea of ‘Grace’ or believes in the principles of grace, even at the secular level, to watch the video “Resistance, Revolution, Reformation, and Romans (13, That Is)”. So as to not only take in well explained theology but also historical relevance within a studied context.

Why should you care about this Assessing of Doug Wilson?

First off, as I have spoken for decades and as I heard another person reference, The Founders of our Republic were in fact the everyday folks not just those who have prominent names. Those chosen to attend the Revolutionary Congress and then the Constitutional Convention were elected by their peers because their peers were looking for principled representation of their core values related to Liberty – as understood from true Biblical principles of self-governance. Therefore the ‘erase culture movement’ is intent on not just removing the prominent men of the Founding Era but the entire civilization of men, women and children of that era.

With that, every so called Christian is invited to join me in the assessing of Doug Wilson in this presentation that he gave at the ‘Grace Agenda’. In this evaluation, you must consider truth in its entirety. What is important at this very moment is that this November 3rd election is not just about an election. IT IS about either the responsible care of a charge of the Living God in how we should participate in governance and that we select political leaders that will be able to establish the good of the Body of Christ or how will the elected lead that Body into the mire of spiritual and physical destitution, greater sources of sin and further lost favor in the sight of God?

In my opinion, this comes down to: what is your eschatology? For those that don’t understand that word, what do you believe regarding theology concerns of death, judgment, and the final destiny of the soul and of humankind? And then What is the role of Christians in culture, society, family and yes – governance (politics)?

Secondly and I confess selfishly, it is always good to see that there is substance and some validation in ones own work through what notable folks as Doug Wilson are realistically willing to take on.

In the Assessing of Doug Wilson and his presentation, the bottom line, in my opinion, is that we are way behind on addressing 21 Principles of Civil Government that he brings forward. I don’t mean that the Patriot groups out there are behind in addressing the political issues and the 100 years of warnings of what has been leading up to this point. I don’t mean that the Anti-federalists were behind the eight-ball when they wrote relative to the adoption of the Constitution.

What I do mean is that there are those, as with Doug, who are bring the true Biblical and historical Reformation principles of Governance in Liberty to the Pulpit. I have been attempting to get the Pulpits to talk to this subject but my lime juice might be the inhibitor – unlike Doug’s honey. One might say that this presentation at ‘Grace Agenda’ is off-pulpit yet I would contend when spoken at a conference with the authority of Biblical teaching then it is Pulpit worthy. And as a side note, look at the video, Doug is standing behind a pulpit.

Lastly for simplicities sake, Madison and others said that the Constitution was ‘only’ for a moral and virtuous people. To that, there is no political salvation and the founding generation knew that hands down! They understood Liberty in it full Biblical Reformation context. We in these United States no longer do hold that same general and ubiquitous understanding.

To many modern pile it high and deeps, Phd’s, even in Christian universities have finagled facts and truth to prove their deep piles. Hence the confusions at the pulpits and the contribution to the lack of understanding of fundamental Foundational Principles.

Therefore, what I bring forth in this weeks program is significant but more so is what Doug Wilson has to say for the sake of a ‘Grace Agenda.’

Other Stuff this week

Check all the pundits and the Conservative news sites for the Debate results. I did not watch the debate because I do not find them useful.

Biden States that ‘America was an idea’ that ‘we’ve never lived up to’. He uses a past tense verb. We must admit that the demon-crats are the socialists/communists such that under Obama the intent is then and now to transform America into a socialist/communist oligarchy.

Two Recent examples this week are:

1. Bolivia: Socialists Declare Election Win Despite Lack of Votes Counted – The socialist candidate preemptively declared victory in Sunday’s presidential election before the vast majority of votes had been counted.

I have spoken with you for a number of times over the last five years of this program regarding the Kozak plan and Philip Dru: Administrator. These represent both the communist intent on taking over a country that has a representative government with the former and the latter is details the complexity and subjugation by the administrative state run by power mongering/ideological bureaucrats.

There is good news this past week as well:

– If you didn’t see this: 75,000-Car MAGA Parade in Miami; MAGA Boaters in Jacksonville

and other stuff that I’m sure you have been finding on sites that matter.

THE HOUSE OF REPRESENTATIVES OF MASSACHUSETTS TO DENNYS DE BERDT.

“It is observable, that though many have disregarded life, and contemned (treat or regard with contempt) liberty, yet there are few men who do not agree that property is a valuable acquisition, which ought to be held sacred. Many have fought, and bled, and died for this, who have been insensible to all other obligations. Those who ridicule the ideas of right and justice, faith and truth among men, will put a high value upon money. Property is admitted to have an existence, even in the savage state of nature. – The bow, the arrow, and the tomahawk; the hunting and the fishing ground, are species of property, as important to an American savage, as pearls, rubies, and diamonds are to the Mogul, or a Nabob in the East, or the lands, tenements, hereditaments (an item of inheritance, messuages (a dwelling house with outbuildings and land assigned to its use), gold and silver of the Europeans. And if property is necessary for the support of savage life, it is by no means less so in civil society. The Utopian schemes of levelling, and a community of goods, are as visionary and impracticable, as those which vest all property in the Crown, are arbitrary, despotic, and in our government unconstitutional. Now, what prop erty can the colonists be conceived to have, if their money may be granted away by others, without their consent? This most certainly is the present case;…”

In the end, Utopian schemes don’t work, they are unconstitutional even in the English Constitution and the right to own property (the broad definition) is critical to a civil society.

1. Most References are embedded in the body of this discussion.

2. Barack Obama: ‘Reclaim Our Values’ by Voting Against Donald Trump

3. Like Chile in above article – Trump Resistance Plans ‘Mass Mobilization’ After Election To Shut Down The Country If Biden Doesn’t Win

Comments Off on 10-24-20 Political Theology: Assessing of Doug Wilson