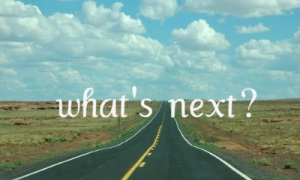 Video available at Rumble and Brighteon

With Christmas Gone the torrent of life is crashing like the foaming, raging white horses of the flood that swept away the Nazgul at the Ford of Bruinen. It is in fact that most are caught in or between the shining fiery light of true Biblical Reformation Theology and that torrent of life in the clutches of Sauron.

Since the expenditures of Christmas 2021 had more lit homes than the last two years and gifts flowing from under trees, even with the harbors and wharfs full of loaded ships, glad tidings were sung while stockings were hung, as the radar tracked the red nose lead sleigh with glee.

While here in the studio a plan is a work that 2022 will be deep in truth. Never before will take a greater will, an enormous effort if you will, to gather together the soul, the mind, the spirit of all, such that the body can be busy about the business of Liberty.

You see, slavery is upon all in a most subtle way. Even the Orthodox have something to say. Where are the manly evangelicals? Where are the orthodox in these United States? Where are those who will fight for True Liberty of soul, mind and spirit?

Resoundingly 2021 Christmas Gone and the battle is on. What will we fight for?

Now with Christmas gone, what’s next is simple. I will be continuing to hold to that which I believe I must keep covering from a Biblical Reformation Foundational perspective related to our present time.

For the first quarter in 2022 I am working on having some guest interviews. These guest will have backgrounds in business, the conservative perspective of environmentalism/sustainability and other topics related to present cultural issues like CRT.

I will be talking about a lackluster approach, ok – the utter failure, of evangelicals, education and conservatism to develop true leaders for households, business and government. I will begin these conversations from the exampled failure of Nineveh such that Nahum was raised up.

Are there parallels relatable to these United States? We shall see in the study. And yes, O’l Sam Adams was able to see the parallelisms of his time. Oh, consider the religion of environmentalism/sustainabilit, think about these words given to Nahum:

‘The Lord has His way In the whirlwind and in the storm, And the clouds are the dust of His feet. 4 He rebukes the sea and makes it dry, And dries up all the rivers. Bashan and Carmel wither, And the flower of Lebanon wilts. 5 The mountains quake before Him, The hills melt, And the earth [burns] heaves at His presence, Yes, the world and all who dwell in it.’

I do have a correction for the video and audio. I will be touching on critical points in Isaiah 57 not Isaiah 54. Don’t be surprised that this year will have deeper insights from the work done by the Belcher Foundation, LONANG Institute and yes, as always, the Anti-federalists as well as Sam Adams writings.

Here is a quick Outline of some of the topics to be covered in 2022. Disclaimer, ALL Topics Are Subject To Change.

I will be continuing with Political Theology with finer points being introduced. All programs will have Foundational Biblical political evaluation contrasting history.

– The Battle over language.

2. Original intent regarding Rights vs. Modern/postmodern thinking about Rights.

– Stewardship vs. the religion of environmentalism and climate change

4. Cultural Issues realized from the mind of Gramsci.

I am continuing to facilitate U. S. Constitution classes developed by the Institute On The Constitution. Beginning in January I will be holding two of these twelve week courses. With that, for those in my neck of the woods, I am holding an Ohio Constitution Study Group. This will be every two weeks for as long as that group wants to delve into the Ohio Constitution.

From ‘The Rights of the Colonists, A List of Violations of Rights and a Letter of Correspondence,” Adopted by the Town of Boston, November 20, I772’

‘1st. Natural Rights of the Colonists as Men. — Among the Natural Rights of the Colonists are these First. a Right to Life; Secondly to Liberty; thirdly to Property; together with the Right to support and defend them in the best manner they can – Those are evident Branches of, rather than deductions from the Duty of Self Preservation, commonly called the first Law of Nature –

All Men have a Right to remain in a State of Nature as long as they please: And in case of intollerable Oppression, Civil or Religious, to leave the Society they belong to, and enter into another. — When Men enter into Society, it is by voluntary consent; and they have a right to demand and insist upon the performance of such conditions, And previous limitations as form an equitable original compact. —

Every natural Right not expressly given up or from the nature of a Social Compact necessarily ceded remains.

All positive and civil laws, should conform as far as possible, to the Law of natural reason and equity. –

As neither reason requires, nor religeon permits the contrary, every Man living in or out of a state of civil society, has a right peaceably and quietly to worship God according to the dictates of his conscience. –

“Just and true liberty, equal and impartial liberty” in matters spiritual and temporal, is a thing that all Men are clearly entitled to, by the eternal and immutable laws Of God and nature, as well as by the law of Nations, & all well grounded municipal laws, which must have their foundation in the former. -’

Comments Off on Episode 332: Christmas Gone, What’s Next?