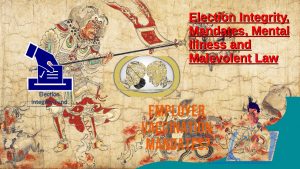 The despotic manipulators destroying Constitutionalism and our republic are using case law to force Mandates. The judicial system no longer functions as the Founders Intended. Both the Anti-federalists and Thomas Jefferson were correct regarding the judiciary:

Richard Henry Lee, The Federal Farmer: ‘… There are some powers proposed to be lodged in the general government in the judicial department, I think very unnecessarily, I mean powers respecting questions arising upon the internal laws of the respective states. It is proper the federal judiciary should have powers co-extensive with the federal legislature—that is, the power of deciding finally on the laws of the union. By Art. 3. Sect. 2. the powers of the federal judiciary are extended (among other things) to all cases between a state and citizens of another state—between citizens of different states…’

Robert Yates writes as Brutus: ‘… Much has been said and written upon the subject of this new system on both sides, but I have not met with any writer, who has discussed the judicial powers with any degree of accuracy. And yet it is obvious, that we can form but very imperfect ideas of the manner in which this government will work, or the effect it will have in changing the internal police and mode of distributing justice at present subsisting in the respective states, without a thorough investigation of the powers of the judiciary and of the manner in which they will operate. This government is a complete system, not only for making, but for executing laws. And the courts of law, which will be constituted by it, are not only to decide upon the constitution and the laws made in pursuance of it, but by officers subordinate to them to execute all their decisions. The real effect of this system of government, will therefore be brought home to the feelings of the people, through the medium of the judicial power. It is, moreover, of great importance, to examine with care the nature and extent of the judicial power, because those who are to be vested with it, are to be placed in a situation altogether unprecedented in a free country. They are to be rendered totally independent, both of the people and the legislature, both with respect to their offices and salaries. No errors they may commit can be corrected by any power above them, if any such power there be, nor can they be removed from office for making ever so many erroneous adjudications…’

Thomas Jefferson: ‘You seem to consider the judges as the ultimate arbiters of all constitutional questions; a very dangerous doctrine indeed, and one which would place us under the despotism of an oligarchy. Our judges are as honest as other men, and not more so. They have, with others, the same passions for party, for power, and the privilege of their corps…. Their power [is] the more dangerous as they are in office for life, and not responsible, as the other functionaries are, to the elective control. The Constitution has erected no such single tribunal, knowing that to whatever hands confided, with the corruptions of time and party, its members would become despots. It has more wisely made all the departments co-equal and co-sovereign within themselves.’

There is data showing Mandates are heavily impacting people’s social reality increasing mental illness.  Mental Illness has many root causes but this masking thing and the fear being instilled by government regarding the ChicomFlu is forcing mental disconnects. Worse, the churches and the so called conservative / repudicans are culpable in the fostering of the madness.

Go to the Resource section to get the background but, those that listen to this program already have a solid sense that it is easier to control the mentally unstable and…. With fear you can make the somewhat sensible go into derangement.

My commentary is not as long as I could make on this topic. I will only say here is that Bureaucracies and left / Marxists political entities, and yes, some preachers of religion, are the promulgators of the disillusionment and mental illness of our times.

This is 100% tied to the shifts in theology and then philosophical approaches to what is, who makes and how to execute the judicial system.

Just to continue quoting from the IOTC Lecture #11, to define ‘legal positivism’ the key points are:

1. There are no divine absolutes in law, or if there are, they are irrelevant to the modern legal system.

2. Law is simply man-made – whatever the state says, is law.

4. Judges guide the evolution of law by writing decisions.

5. To study law the “scientific” way, get to the original sources: Study the decisions of judges (case-law method of legal study).

Bottom line is that the judiciary no longer follows even the original intent of the Framers of the Constitution. The judiciary has succumbed to the predictions of the Anti-federalists in regards to becoming an arm of despotism which allows the other branches to act in blatant tyranny.

Your favor of the 17th of Novr was duly receivd. It bodes very ill to Government when Men are exalted to places of high trust through their own Sollicitations. He only fills a place with Dignity, who is invited to it by his Fellow Citizens, from the Experience they have had of his adequate Abilities, & who does the Duties of it with Zeal & Fidelity. Such a Man, being conscious that neither Smiles, Intreaties, Gifts, Intrigue nor any dishonorable Practices have procured him his high Station, may rely on the People who gave him their free Suffrages, to approve of his honest Endeavors to serve them. And having Nothing in View but that the Publick may be best servd, he will chearfully resign his Place whenever the People shall make Choice of another whom they judge more capable than he. The People are certainly the best Judges, who are most likely to render them substantial Service; & whoever interposes in their Elections, with his own Sollicitations for himself, it is to be feard, if he is of any Consequence, will in time become a dangerous Party Man. He ought therefore to be despisd as an obtruder. I hope there are not many such Men in our Government. I am sorry to be informd that there are any. They should be watchd; for if they have no evil Designs, their Vanity may prompt them to do Mischief. The Express waits. Adieu.

2. Wokeness Means Forcing Everyone To Live Inside The Prison Of Mental Illness

3. Mental illness on a grand scale

5. Podcast: Mental Health In The Time Of Community Decline And COVID

6. European-Style Vaccine Passports May ‘Be A Path Forward’ In The US, CDC Director Says

7. On this day, the Supreme Court rules on vaccines and public health

8. Can COVID-19 Vaccines Be Mandatory in the U.S. and Who Decides?

Must Watch for Church leaders and all wanting Christian responses:

4. The Transformation of American Law BY HERBERT W. TITUS

5. Legal Foundations: The Framework of Law BY GERALD R. THOMPSON