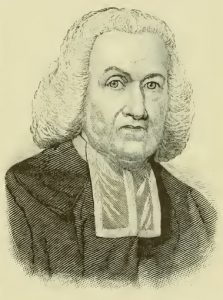 Pastors As They Were is a followup to last weeks conversation with Dr. Mike Spaulding. I was compelled to get back to finishing the virtual reading of one of my favorite historical books, ‘The Chaplains and Clergy of the Revolution.’ I have dedicated this weeks program to the folks in Lima, Ohio. Dr. Mike and many of the pastors he is associated with fully understand the foundational actions of the pastors represented in the book.

This week I pick up the book for my grandchildren with Chapters 35 (Benjamin Pomeroy) and 36 (John Rogers).

As you will hear next week, what we have now, for the most part are pastors who are no different then those Tory Anglicans of the Revolutionary times. It is clear and identifiable that we have very few Pastors As They Were who lead America into the spiritual and national liberty. The Biblical orthodoxy and clear reformation understanding of those early pastors is for the most part forgotten. I have said for decades that this is a result of at least two components, education and denominationalism eschatological muck up. And I do mean the context of ‘muck something up.’

Pastors As They Were are not necessarily what they are now a days. As with general education, the seminaries, private christian higher education and Bible colleges are corrupted. I did a study once, about ten years ago, and from looking at curriculum as well as some old Barna.com studies regarding orthodoxy in those institutions, I came to the conclusion that maybe 2% of existing christian educational institutions are foundational. Therefore we have all the wokeness and muck that is here and now at the pulpits because the Anti-federalists got it Right: the pulpits could become corrupt.

I’m not getting into the nuts and bolts of this. If you listen to the program regularly you have heard me over the last five years talk about this. I’ve given plenty of references to follow up on. Lastly on this, go back and listen to Dr. Mike from last weeks program. Enough said.

Excepts from: THE HOUSE OF REPRESENTATIVES OF MASSACHUSETTS TO DENNYS DE BERDT. JANUARY 12, 1768.

‘…It is the glory of the British constitution, that it hath its foundation in the law of God and nature. It is an essential, natural right, that a man shall quietly enjoy, and have the sole disposal of his own property. This right is adopted into the constitution. This natural and constitutional right is so familiar to the American subjects, that it would be difficult, if possible, to convince them, that any necessity can render it just, equitable and reasonable, in the nature of things,’

‘…for the laws of God and nature are invaria ble. A politician may apply or misapply these to a multiplicity of purposes, good or bad; but these laws were never made for politicians to alter.’

TO REVEREND George Whitefield [MS., Collections of the Earl of Dartmouth.] BOSTON November 1765

‘We need not inform you that we are the Descend ents of Ancestors remarkeable for their Zeal for true Religion & Liberty : When they found it was no longer possible for them to bear any Part in the Sup port of this glorious Cause in their Native Country England, they transplanted themselves at their own very great Expence, into the Wilds of America, till that Time inhabited only by Savage Beasts & Men : Here they resolvd to set up the Worship of God, according to their best Judgment, upon the Plan of the new Testament ; to maintain it among themselves, and transmit it to their Posterity ; & to spread the knowledge of Jesus Christ among the ignorant & barbarous Natives. As they were prosperd, in their Settlement by Him, whose is the Earth & the Full ness thereof, beyond all human Expectation, they soon became a considerable Object of National Attention, & a Charter was granted them by King Charles the first. In this Charter, as Bp. Burnet has observd, there was a greater Sacredness, than in those of the Corporations in England : because Those were only Acts of Grace, whereas This was a Con tract, between the King & the first Patentees ;’

Comments Off on Pastors As They Were