Is Anyone actually watching or being held accountable for your Levy Tax Dollars.

Therefore every time you vote in favor of a Levy without demanding accountability, you are contributing to not only your – but others Self-Inflicted Eviction.

The purpose of this post is that simple deeper dive into the ‘Unaffordability” of Levies. It has taken a long time to bring this information to you since the details of it had to be more fully investigated and then written in more of a ‘White Paper’ format. Consider how long the list of the taxing authorities are as noted in “Part 3 of Self-imposed Eviction: Confusion – Good Intentions By Deception and Legislation”. The challenge for this writer has been to drill down on the Ohio Revised Code, the Ohio Administrative Code and the various bureaucratic entities rules, grants, strategies and policies.

Gulp! Where’s the Tylenol™ for the headache?

It is abundantly clear that many of the “unelected” Boards and bureaucrats of some nineteen taxing Subdivisions in Ohio have “ZERO Accountability” to the Citizens of the Counties. Why? Because no one is paying attention to them. END_OF_DOCUMENT_TOKEN_TO_BE_REPLACED

Comments Off on Part 4 – Self-Inflicted Eviction – Who’s Minding The Boards?

Early voting (Absentee Voting) in Ohio begins in two week. We have critical issues on the ballot of which Local Levies are the most impacting to every property owner. I 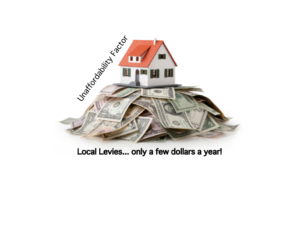 have been a member of a nine county Tax Working Group since the end of May. This program will ultimately focus on “YOU” taxing yourself to the potential of eviction. Where I live we are seeing more people, especially those on fixed incomes, having to sell their homes and property because the property taxes are forcing them to do so. This is a National Epidemic that only a Citizen can address.

The Links to Self-inflicted Eviction and Part 3 of the article I wrote for the Geauga County TEA Party Newsletter are in the References for you to get the details on this issue. Most is particular to Geauga County Ohio but the concept of “inside and outside” millage is the same everywhere. END_OF_DOCUMENT_TOKEN_TO_BE_REPLACED

This week I call this the “Ted Talk”. I know that some of you may be thinking of those high-tech sessions but in fact this is with a real Ted. My good friend Ted Farmer is up visiting from Arizona. Ted has been a TEA Party Leader in Arizona and an award winning Brewer. So we are having some fun yet getting into some deep discussions.

With all that is happening with the deamoncrats pushing hard for this Mid-term election, Ted and I will discuss what has happened to the TEA Parties and what needs to happen over the short time left to the November election. I’m opening the conversation with the manipulation of voting by Google. See the References for the article and video Link.

Also, we talk about Levies and Part 3 of the article I wrote for the Geauga County TEA Party Newsletter. See the References for the link.

Join us for a fun interview and some looks at what is happening across the country.

With that said: The mirrors of history come to reflective reality here on Samuel Adams Returns.

Oh… on a side note, check out the article on Local Levies that I’ve written at this Blog.

NOW – Taking request for the Seminar

Time to contact me to bring the seminar “From Covenant To The Present Constitution” to your community group, church, VFW or Patriot Group! We are developing our fall and spring calendar. Send me an email at: tom@samueladamsreturns.com

Check out the Promo Here:

Here is Part 3 of Self-inflicted Eviction, which goes beyond the emotional voting aspects of increasing ones property taxes. The good intentions of those that see or perceive needs in society often get legislation passed that creates a taxing authority (sub-division). The majority of these Sub-divisions are most often unfunded – except by self-imposed taxation. This mean that the county may be required to have a certain taxing sub-division but that does not mean that the Citizens have to fund it.

The issue of Levies is HOT across the nation. We have received tax relief at the Federal level and yet the local level is making home ownership almost impossible. Most Citizens do not know they are virtually evicting themselves and those that are renters don’t care what happens to property owners. The Confusion is that most Citizens have no clear understanding of the various Boards, better know as taxing sub-divions, regarding responsibilities and accountability. This is most true about having any idea of how and why these entities exist legislatively or what their real budgetary needs are.

Part 4 of this series will get into a lot more detail about the sub-divisions. Just to be clear, the deception is in the way the confusion of the laws are written and how levies are presented by the sub-divisions.  The good intentioned members of taxing authorities will always play on the emotions of the Citizenry. Most importantly they are culpable in taxing home owners into eviction to maintain their bureaucracy.

Comments Off on Part 3 of Self-inflicted Eviction: Good Intentions

In this four part series we clearly understand by virtue of the efforts of the Liberator Network – Tax Working group that ALL Levies on any Ballot are Unaffordable and Unsustainable!

Read the full content of this reality in the pdf: 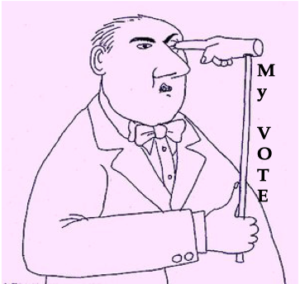