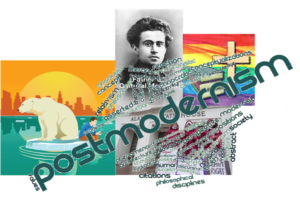 What is Political Theology? Many chant the deception of ‘Separation of Church and State’ while at the same time institutionalizing social justice, cultural marxism, socialism, climate change, immorality, non-biological compatible marriage, abortion/infanticide, euthanasia and many other belief systems. Not only have these belief systems – religions – been institutionalized but they have been codified or justified (made precedents) by the courts. Is this anything new in regard to sustaining ‘Liberty’ as assumed in the uniqueness of American Constitutionalism? Did the challenges of controversial Theological positions foster the ‘call to arms’ by the Revolutionary Founders of the United States? Did Sam Adams have a say in this Controversy? What is the simple definition of ‘religion’ and associated ‘theology?’

The simple answers are right out of Ecclesiastes 1:9 – there is nothing new under the sun and The First Commandment.

The problem of 1764 regarding the plan by the Anglican Arch Bishop of England to impose ‘bishopry’ (the installment of bishops over congregations) on the Colonies was matched by a great outcry through numerous news paper articles, which Sam Adams was a key contributor on the subject. This imposition was twofold in regard to the colonies, especially the Northern Colonies. First – the theological differences were paramount. Second – the political fallout would be more strangulation by the crown over every aspect a persons life.

In the midst of these controversies related to 1764 was the larger persistence of economic upheaval and theological maneuvering by the mercantile class, especially in New England. This was strongly demonstrated when a merchant by the name of John Leverett was made president of Harvard – replacing pastor Increase Mather. Hence, Harvard begins its drift from a strong theologically established college to one that has tsunami to the present contrarian of moral leadership. You retort, “Oh but it is a leader in law, science and businesses!”

Over the course of this year I will discuss that economy over morality leads to loss of Liberty.

So not unlike the merchants of 1707 forcing shifts in the theological political makeup of New England in particular, we see the theology of LGBTQ segregating and dividing the Methodist denomination. Theological position will always ultimately change the politics of community, county, state and national governments. Why?

That answer is in Saturday’s program.

From the Writings of Samuel Adams Volume IV beginning Page 131

Although I have not yet acknowledgd the obliging Letter you wrote to me some time ago, I would not have you entertain a Doubt of my sincere Respect and the Confidence I place in you. I think I gave you the strongest Proof of this when I was last in Boston. From that Moment I have considerd myself particularly interested in your Wellfare. It cannot indeed be otherwise, since I then consented that you should form the most intimate Connection with the dear Girl whom I pride myself in calling my Daughter. I did this with Caution and Deliberation; and having done it, I am now led to contemplate the Relation in which I am myself to stand with you, and I can [hardly] forbear the same Stile in this Letter, which I should take the Liberty to use if I was writing to her. The Marriage State was designd to complete the Sum of human Happiness in this Life. It some times proves otherwise; but this is owing to the Parties themselves, who either rush into it without due Consideration, or fail in point of Discretion in their Conduct towards each other afterwards. It requires Judgment on both Sides, to conduct with exact Propriety; for though it is acknowledgd, that the Superiority is & ought to be in the Man, yet as the Mannagement of a Family in many Instances necessarily devolves on the Woman, it is difficult always to determine the Line between the Authority of the one & the Subordination of the other. Perhaps the Advice of the good Bishop of St Asaph on another Occasion, might be adopted on this, and that is, not to govern too much. When the married Couple strictly observe the great Rules of Honor & Justice towards each other, Differences, if any happen, between them, must proceed from small & trifling Circumstances. Of what Consequence is it, whether a Turkey is brought on the Table boild or roasted? And yet, how often are the Passions sufferd to interfere in such mighty Disputes, till the Tempers of both become so sowerd, that they can scarcely look upon each other with any tolerable Degree of good Humor. I am not led to this particular Mode of treating the Subject from an Apprehension of more than common Danger, that such Kind of Fricas will frequently take Place in that Connection, upon which, much of my future Comfort in Life will depend. I am too well acquainted with the Liberality of your Way of thinking, to harbour such a Jealousy; and I think I can trust to my Daughters Discretion if she will only promise to exercise it. I feel myself at this Moment so domestically disposd that I could say a thousand things to you, if I had Leisure. I could dwell on the Importance of Piety & Religion, of Industry & Frugality, of Prudence, A Economy, Regularity & an even Government, all which are essential to the Well being of a Family. But I have not Time. I cannot however help repeating Piety, because I think it indispensible. Religion in a Family is at once its brightest Ornament & its best Security. The first Point of Justice, says a Writer I have met with, consists in Piety; Nothing certainly being so great a Debt upon us, as to render to the Creator & Preserver those Acknowledgments which are due to Him for our Being, and the hourly Protection he affords us.

Remember me to all Friends, and be assured that I am

2. The Bishop Controversy, the Imperial Crisis, and Religious Radicalism in New England, 1763-74 by Peter W. Walker

3. The Unitarian Controversy and Its Puritan Roots

4. Congregationalism in the United States – a simple, yet interesting history of faith, theology and politics

Regarding Immigration and Illegals:

9. The List: 17 GOP Governors Approve More Refugees for their States