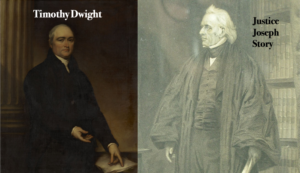 Lucubration of the Law? The Law? Hey, there’s a new word for you: lucubration meaning (a piece of writing, typically a pedantic or overelaborate one.) We see this overelaborated effort not only in how laws are written but also in how certain elements of Christianity have come up with their theories of new Biblical theology and philosophy.

The Law? Man’s Vs. God’s is a continuum of the conflict in time and space, our reality.

What we are witnessing in the Federal as well as in local and State governments and bureaucracies is lawlessness. I say lawlessness by virtue of what establishes foundational law and truth would support contrarian suppositions and actions to that which many ruling majorities are promulgating.

What we watching in action is man’s concept of law in action. To which results despotism, tyranny and injustice.

Need a help here in Ohio – Please read about this just before the References!

The Law? Man’s Vs. God’s – Happiness of the Citizenry

I have decided that I’m going to preach my first sermon which will be on the Sam Adams Youtube channel as well as in the samueladamsreturns.net archive. OK, it isn’t a sermon that I developed but one that speaks perfectly to ‘Populism’ and our present time.

It is the sermon by Timothy Dwight in Reference # 2 below. Think of this:

“The plans of those, who hitherto have chiefly planned for mankind, appear to have been formed principally for the purpose of fixing securely that state of society, which they found, and little, if at all, for its melioration. For this end, they appear to have aimed merely to strength the existing government against invasion and insurrection. Men, they seem to have supposed, must continue to be what they found them; ignorant, vicious, and unhappy. To render them as quiet as possible, in that state, is naturally concluded to have been the highest object of their policy, so far as it is exhibited in history. Hence they laboured much to consolidate the elements of the government, and to secure to it that reverence, submission, and strength, which promised undisputed dominion. When the promotion of science became a part of the political system, it was principally adopted, for the purpose of qualifying individuals to govern, and furnishing useful agents to those who governed, in the prosecution of their measures; and rarely, and scantily, for the purpose of improving the mass of men. The object was not so to rule, as to engross the esteem and affection of subjects; or to enable them to know when they were so ruled, as to make their rulers the proper objects of their esteem and affection. The object was not to prepare subjects by information, happiness, and virtue, to understand, to love, and to preserve their state, but to make them quiet in that state, whether disposed, or indisposed. Hence, policy became an art; and government a trick. Rulers were employed in plotting against their subjects; and subjects either quietly sunk into torpid insensibility, or, awakened by oppression extended beyond every bound, rose to insurrection and madness.”

Just wait until I narrate this one. I won’t have a pulpit but I do hope that the audience will expand to hear this sermon that should be preached from every God Fearing – America Loving pulpit.

Interpretation of the US Constitution

I can only hit the first rung of this ladder. Justice Joseph Story has a very interesting perspective on how every citizen, law maker and judge/justice should look at interpreting the US Constitution. In the References below is his chapter on this topic from his ‘Commentaries on the Constitution’.

From relative to Rev Dwight sermon although in totally different time frames… Sam is the author of the following quote within a very long document titled: THE HOUSE OF REPRESENTATIVES OF MASSACHUSETTS TO THE LIEUTENANT GOVERNOR. From: [MS., Boston Public Library; a text, with many modifications of detail, is in Massachusetts State Papers, pp. 240-248; it was also printed in the Boston Gazette, August 6, 1770.]

In the House of Representatives August the 3 1770 – Orderd that Mr Hancock, Cap Thayer, Mr Pickerin, Cap Fuller, and Cap Sumner carry up to the Honbl Board the following Answer of this House to his Honors Speech to both Houses at the opening of this Session – THOMAS CUSHING Spkr

Consider just this one quote:

“Should these Struggles of the House prove unfortunate and ineffectual, this Province will submit, with pious Resignation to the Will of Providence; but it would be a kind of Suicide, of which we have the utmost Horror, thus to be made the Instruments of our Servitude.

We beg leave before we conclude, to make one Remark on what you say, that “our Compliance can be of no Benefit to our Sovereign, any farther than as he interests himself in the Happiness of his Subjects.” We are apprehensive that the World may take this for an Insinuation, very much to our Dishonor: As if the Benefit of our Sovereign were a Motive in our Minds, against a Compliance. But as this Imputation would be extremely unjust, so we hope it was not intended by your Honor. We are however obligd in Justice to ourselves and our Constituents to declare that if we had Reason to believe, that a Compliance would by any, the least Benefit to our Sovereign, it would be a very powerful Argument with us; But we are on the Contrary, fully perswaded, that a Compliance at present, would be very injurious and detrimental to his Majestys Service.”

Need a little help in Ohio:

As many of you know, Cath and I have been self-funding Sam Adam since 2010. We don’t take donations since we are Not a tax exempt entity. But, we are proposing how we can help each other.

For those in Ohio Only, We would like you to go to our Specialty Peppers and Jam site: https://pepper-licious.com/ Please spread the word about our great Specialty Pepper and our culinary ‘Pepper Jams’. For those in NE Ohio, look at the upcoming events on Dec 7 & Dec 8 Also, check out the gift packages that will be available at those events.

If you are so inclined, get your orders in for our jams. Most importantly, spread the word about Pepper-licious!

1. Justice Joseph Story on Rules of Constitutional Interpretation (1833) I really like the Belcher Foundation as a Historical Resource.

3. God Wrote a Book / Pt 1 / Douglas Wilson – Establishes once again what the preachers, people and political leaders understood at the Foundation of the America

4. Presentation Of Statues Of John Winthrop And Samuel Adams.