Origin and Source of Political Theology 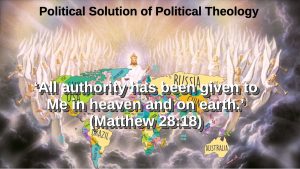 Watch the Video now on Rumble

In preparation for Christmas, I am taking you to the Foundational Origin and Source of Political Theology. This will be a journey into what those who settled New England clearly understood and fully lived as well as the fact that those in the middle and southern colonies had a grounding in the same. Let me begin with this thought that is not predominant anywhere, any longer; government is a gift to mankind. Nor do we hear anything like these truths from the greatest majority of modern pulpits. Here are quotes from William Cooper’s1 1740 Election Day Sermon that embody the living of Political Theology:

“We have been saying, GOD has in kindness to men appointed that they should be governed by men; yet, He has been too good and kind to leave them to be governed by men according to their arbitrary will and pleasure. The end of government is the public peace and safety; when therefore this is neglected, and the ordinance of government only made an engine of tyranny and oppression; when the Constitution is subverted, the liberties and properties of the people invaded, their religion and laws made a sacrifice to the superstition, ambition, or covetousness of the prince that is over them;…every man is under higher and earlier engagements to the community in general than he is to the supreme magistrate [ruler].”

Considering what Reverend Cooper preached in his 1740 election day sermon (The Honors of Christ Demanded of the Magistrate) was the fundamental political theology that was common to all liberty minded, the source of that worldview was well set and fully established in the full study of the Bible. One additional thought from Cooper as I delve more into this Christmas story:

‘Now, kings and judges are as strictly bound to serve the Lord in all the instances of personal religion and practical Godliness as any of their people. For there is the same Lord over all, who stands in the same relations to them that He does to others, as Creator, Lawgiver, and Judge (Romans 10:12). There is the same infinite distance between Him and them, that there is between Him and the lowest of their subjects. They are under the common obligations of Christians by their birth in and baptism into the Christian Church and their profession of the Christian religion. They must be saved, if ever they are so, upon the same terms and in the same way that others are. In matters of religion, in the concerns of salvation, they are without privilege or dispensation. The Gospel makes no distinction between them and others in these things, but the commands of it are addressed to them in common with persons of lower degrees in life. “Hear this all ye people; give ear, all ye inhabitants of the world: Both low and high, rich and poor together” (Psalm 49:1, 2). “Kings of the earth and all people, princes and all judges of the earth. Both young men and maidens, old men and children; let them praise the name of the Lord” (Psalm 148:11, 12, 13).

If there is any difference, these are more strictly bound to observe the laws of Christ than others because the eminence of their station will make their conversation to be the more observed, and their example will be like to have the greater influence upon [their people]. “A city set upon a hill cannot be hid”, was our Savior’s observation, and He made it for the sake of that exhortation and charge which follows: “Let your light so shine before men, that they may see your good works, and glorify your Father which is in heaven” (Matthew 5:14, 16).’

And lastly for the moment:

‘RULERS are to serve the Lord Jesus Christ in their public capacity and in the exercise of their office as magistrates [government officials]. And it is in this capacity more especially that our text addresses them. And so they are to consider themselves as Christ’s ministers and stewards, placed in their stations to serve Him and His interests. ’

A Worldview Is Political Theology

Political Theology was spoken of at the pulpits in New England even as Immanuel Kant was developing the conceptual term of ‘worldview.’ See References 3, 4 and 5 below regarding the history and development of the philosophy of the postulation of ‘worldview.’ Sadly in the last reference, number 5, you will see that Kant moved from an idea of the Biblical God ‘to denying all theoretical knowledge of a theological sort, to affirming a moral argument establishing religious belief as rational, to suspicions regarding religion divorced from morality, and finally to hints of an idea of God so identified with moral duty as to be immanent rather than transcendent.’

In this weeks program I discuss that all worldviews are Political Theology. In these United States it is obvious in the modern societal conversations, media and political policies that ones belief system, dictates how they vote and what policies they will support.

Simple observation of the world around us, be it local, state wide or national, it is blatantly apparent that the Political Theology of Cooper’s 1740 sermon is not even a word bubble in the memes of politicians let alone anywhere else in culture / society as a whole.

Origin and Source Of Political Theology

The resources for you to ponder and adjust your Worldview to the Truth:

In my vision in the night I continued to watch, and I saw One like the Son of Man coming with the clouds of heaven. He approached the Ancient of Days and was led into His presence. And He was given dominion, glory, and kingship, that the people of every nation and language should serve Him. His dominion is an everlasting dominion that will not pass away, and His kingdom is one that will never be destroyed. (Daniel 7:13 & 14)

For unto us a child is born, unto us a son is given: and the government shall be upon his shoulder: and his name shall be called Wonderful, Counsellor, The mighty God, The everlasting Father, The Prince of Peace. (Isaiah 9:6)

Of the increase of his government and peace there shall be no end, upon the throne of David, and upon his kingdom, to order it, and to establish it with judgment and with justice from henceforth even for ever. The zeal of the LORD of hosts will perform this. (Isaiah 9:7)

And Jesus came and spoke to them, saying, ‘All authority has been given to Me in heaven and on earth.’ (Matthew 28:18)

who is at the right hand of God, having gone into heaven, after angels and authorities and powers had been subjected to Him. (1 Peter 3:22)

Let me pose this simple question: Do you live your life in every aspect of believing that Christmas gave the world ‘The Christ’ and that He has ‘All authority in heaven and on earth?’

Application of Origin and Source of Political Theology

Now take the full application of the reality of who is the origin and source of Political Theology and put it into living practice. The following Mr. Cooper quotes emphasize practical application:

‘And that they may not be unmindful of the duties of their station, He has appointed another order of men to be their faithful and humble monitors: I mean, the ministers of religion. For ministers are as truly the magistrates’ teachers as magistrates are their governors. And as we must put our people “in mind to be subject to principalities and powers, to obey magistrates” (Titus 3:1), so we must put magistrates in mind to be subject to the Lord Jesus Christ and use their power in a subserviency to the interests of His kingdom.’

‘Once more, a true servant of Christ makes the glory of Christ his chief and governing aim, and, both habitually and actually, directs his actions in the best manner he can towards this great end. It is his highest ambition to please his Master in Heaven, and he will make all lower designs [all lesser plans] give place [give way] to this. He pursues His [Christ’s] honor and approbation in every relation wherein he stands, in every station he fills, and with every talent committed to him. And in this he “labors, that whether present or absent”, both in this world and the next, he may be accepted of Him”…and then it’s “a small thing with him to be judged of man’s judgment” (1 Corinthians 4:3).’

At this point I challenge you to read and study the full 1740 election day sermon ‘The Honors of Christ Demanded of the Magistrate,’ which applies to politicians, bureaucrats and yes, even pastors and church leaders.

Sam Adams takes the position of the theology of the Puritan pulpits of the day.

‘Here they resolvd to set up the Worship of God, according to their best Judgment, upon the Plan of the new Testament; to maintain it among themselves, and transmit it to their Posterity; & to spread the knowledge of Jesus Christ among the ignorant & barbarous Natives. As they were prosperd, in their Settlement by Him, whose is the Earth & the Full ness thereof, beyond all human Expectation, they soon became a considerable Object of National At tention, & a Charter was granted them by King Charles the first.’ – TO REVEREND GEORGE WHITEFIELD, [MS., Collections of the Earl of Dartmouth.] BOSTON NoV n 1765

‘…And doing or attempting to do any thing which has even the remotest tendency to endanger this enjoyment, is Justly looked upon a great grievance, and also an infringement of our Rights, which is not barely to exercise, but peaceably & securely to enjoy, that liberty where with CHRIST has made us free.’ – THE RIGHTS OF THE COLONISTS, A LIST OF VIOLATIONS OF RIGHTS AND A LETTER OF CORRESPONDENCE. Adopted by the Town of Boston, November 20, I772

A chastisement of Aaron Davis is worth the full read in how Sam Adams call to account the folly in abusing Christian principles for politics. See the pdf of this letter here and several quotes now:

‘In your courageous zeal for the cause of christianity, and the Virgin Mary, permit me to question your sincerity: It is evident from your notable performance, that you have been acquainted with the religious principles and immoral practices of the gentleman so very exceptionable to you; for some years past: That he was then as thorough-paced an infidel as virulent an opposer of our holy religion, as he is now: That he was doing discredit to the Bible then, or to adopt your own phrase, was undeceiving mankind as actively as at any time since: That you was acquainted with the open profanity of his conversation, and if we may take your word for it, was an earwitness of his oaths and execrations: Why did you not commence a champion in the cause of christianity some months earlier? it would have had a better appearance, if in your ebullient zeal you had endeavoured to prevent his disseminating such mischievous principles, and seasonably entered your caveat against the pernicious effects of his example. But the cause of christianity abstracted from political concerns, was not sufficient to awaken your resentment: Will not this my dear sir! Occasion suspicions, that all your flaming professions of patriotism will neither discredit nor remove?’

2. Webster Online Dictionary – Definition of worldview: a comprehensive conception or apprehension of the world especially from a specific standpoint

3. What is a Biblical Christian Worldview by Doug Wilson

Comments Off on Episode 331: Political Solution of Political Theology