Sermon On the MA Constitution by Samuel Cooper (1780)

Sermon On the MA Constitution by Samuel Cooper (1780) 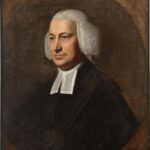 This Sermon On the MA Constitution was delivered by the request of the Massachusetts newly constituted State government. The occasion was the election of the Government by the sovereign people of this state. Sam Adams wrote a significant portion of this Constitution as well as did John Adam with the full committee that drafted it.

The Rev. Doctor Samuel Cooper was chosen to deliver the inaugural sermon before both the citizenry and the elected. This call to preach at this occasion was most interesting since – ‘Cooper did not use his pulpit as a political tool, but stayed with well-preached sermons based on the Bible.’

Rev. Cooper was a Congregational minister in Boston, Massachusetts, affiliated with the Brattle Street Church. He served as pastor of the Brattle Street Church, 1747-1783. His church was an extremely popular one, for many of the wealthy merchants attended regularly. Members of his parish at the Brattle St. Church included some of the most influential people of the American Revolution: John Hancock, Samuel Adams, Joseph Warren, John Adams, and others.

The same year that he preached the Sermon On the MA Constitution, Dr. Cooper co-founded the American Academy of Arts and Sciences. He served as “chaplain to the General Court” of Massachusetts (1758-1770 and 1777-1783). Around 1783 Harvard College offered Cooper the position of college president, but he declined.

Striking to the Heart, Mind and Soul

Delivering this Sermon On the MA Constitution by Samuel Cooper was a challenge in that as I brought the words to audio, every aspect of my person was shaken, encouraged and compelled to fight for Liberty. Rev. Cooper expounds on the very essence of government from who designed it from the inception of time, to the covenanting of the citizenry into a political body like none since the establishment of the ancient Republic of Israel.

A SERMON at this Link

The Honourable The Senate, And House Of Representatives Of The Commonwealth Of Massachusetts, October 25, 1780.

Being The Day Of The Commencement Of The Constitution, And Inauguration Of The New Government.

This sermon is very timely. It makes it clear that without a moral and virtuous people, as well as those that will govern, there can be ‘no’ happy society. I have made special note of these very striking statements:

‘I need not enlarge before such an audience upon the particular excellencies of this constitution: How effectually it makes the people the keepers of their own liberties, with whom they are certainly safest: How nicely it poises the powers of government, in order to render them as far as human foresight can, what God ever designed they should be, powers only to do good: How happily it guards on the one hand against anarchy and confusion, and on the other against tyranny and oppression:’

‘It considers indeed morality and the public worship of God as important to the happiness of society: And surely it would be an affront to the people of this state, as the convention speak in their previous address, “to labor to convince them that the honor and happiness of a people depend upon morality; and that the public worship of God has a tendency to inculcate the principles thereof, as well as to preserve a people from forsaking civilization, and falling into a state of savage barbarity”.’

‘The citizens of a free republic should reverence their constitution: They should not only calmly approve, and readily submit to it, but regard it also with veneration and affection rising even to an enthusiasm, like that which prevailed at Sparta and at Rome. Nothing can render a commonwealth more illustrious, nothing more powerful, than such a manly, such a sacred fire.’

‘May this heavenly flame animate all orders of men in the state! May it catch from bosom to bosom, and the glow be universal! May a double portion of it inhabit the breasts of our civil rulers, and impart a luster to them like that which sat upon the face of Moses, when he came down from the holy mountain with the tables of the Hebrew constitution in his hand! Thus will they sustain with true dignity the first honours, the first marks of esteem and confidence, the first public employments bestowed by this new commonwealth, and in which they this day appear. Such men must naturally care for our state; men whose abilities and virtues have obtained a sanction from the free suffrages of their enlightened and virtuous fellow citizens. Are not these suffrages, a public and solemn testimony that in the opinion of their constituents, they are men who have steadily acted upon the noble principles on which the frame of our government now rests?’

‘The people of a free State have a right to expect from those whom they have honoured with the direction of their public concerns, a faithful and unremitting attention to these concerns. He who accepts a public trust, pledges himself, his sacred honour, and by his official oath appeals to his God, that with all good fidelity, and to the utmost of his capacity he will discharge this trust. And that Commonwealth which doth not keep an eye of care upon those who govern, and observe how they behave in their several departments, in order to regulate its suffrages upon this standard, will soon find itself in perplexity, and cannot expect long to preserve either its dignity or happiness.’

This Sermon On the MA Constitution by Samuel Cooper should be taught to all in America! From every pulpit and in every public forum. The principles of self-governance are clearly laid in front of all to know how we should govern.

Massachusetts and all the first Colonial States have amended their Constitutions such that they are unrecognizable from the moral determination of the originals. Worse, These first states and all the nation has fallen to codifying immorality and as a result, which is noted in the sermon, are deserving of God’s judgement for leaving His ultimate leadership and ignoring His sovereignty over all things and governments.

Therefore be it inscribed on the present pillars of America, her States:

“Here lie the mutilated and disjointed remains of the noblest form of government ever contrived by the wisdom of man, or blessed by the smiles of Heaven, for promoting the greatest good of the greatest number of the People of the Human Race; The United States of America.”1