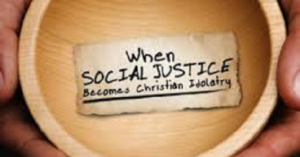 In this program regarding: Social Justice – Washington Policy – Global church: Two issues tie together and one is a continuation of past programs. I’m looking at tying the Social Justice and Global church together in two separate segments. I really want to emphasize the connection regrading the international policy statements of George Washington’s Farewell Address and what President Trump is doing. When one looks at the comparisons it is very interesting how there is alignment.

Sadly Social Justice has hit and is a dividing issue in the churches across the US and the world. Worse, many pastors use the New Testament teaching of Jesus to justify their tolerance and acceptance of it. Well, they are Wrong! END_OF_DOCUMENT_TOKEN_TO_BE_REPLACED

The Neo-cons, the demoncrats, the Fox pundits, university professors and even elected persons call US a democracy. Well, We Are NOT! I am continuing from last week with the conversation from Madison as to what form of Government we are. The Framers looked at democracy even representative democracy and flat out rejected it!

Just to say it again for today: My intent is to get to the meat of Federalist 39 in the context of what is so commonly quoted and discussed – America as a democracy. I call this narrative ‘Faux democracy’. The facts are: that we are a Federated Republic with a democratic component. Madison makes this very clear.

I’ll talk about those who held the anti-SOTU fiasco and their calling for a change in the form of our government.

I will touch on the Delphi technique which is well used by the media, Hollywood, universities and yes, the political establishment elite.

With that, As always, remember:  The Founders wanted us to gain knowledge and get involved! Being a Citizen is an Active involvement in our political life!  Let’s get our feet on the street for this time is critical!

1. Delphi Technique references: a) Are You Being Delphied?

3. Promoting my new book: Workbook for Two Constitutions: From Covenant to the Present Constitution

4.  Remember as you look at what is happening in the Republican held Congress:: “Not All Conservatives Are Constitutionalists”

Or on Amazon:  Paperback or the eBook

And now at Barnes & Nobles too