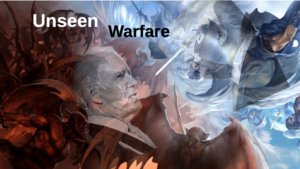 For all of created time mankind has been a part of Unseen Warfare. It is time to return to ‘A Defense of Liberty Against Tyrants’ since we are experiencing the warfare before our eyes in the ‘Battle for the White House,’ Our Free Christianity, Our Western Culture and the Republic as a whole.

Now, this is the short newsletter version and if you are interested, you can find the full version on the web site Monday. I must tell you clearly, that the program is a rerun since we ran out of time in this sort Thanksgiving week. It was not possible to get things to the producer in any timely manner. The Producers pick for this Saturday, 11/28, is “Samuel Langdon – Government Corrupted By Vice.” Face it, the demon-crats and establishment repudicans are corrupt! END_OF_DOCUMENT_TOKEN_TO_BE_REPLACED

The Organizers, with whom the proceedings, originated, kept the matter somewhat in hand, and at evening cut the figures down and carried them in procession through the city, processioned on a bier. The multitude moved in perfect order, and their route was lined with people. They passed through the historic Old State house and under the council-chamber, where the key city politicians happened to be gathered. “Liberty, property, and new taxes”! were shouted at the ears of the listening dignitaries. The Organizers were preceded by some four or five thousand business and tradesmen, decently dressed and the whole body marched to State Street, where they demolished a structure which they believed the federal government was building as an office for the new tyranny being pushed by despotic leadership. Then they proceeded to Fort Hill (Roxbury), where key government officials reside, and with fragments of the frame which they brought with them, built a bonfire in which the effigies were consumed. END_OF_DOCUMENT_TOKEN_TO_BE_REPLACED