Wow, Murder, Patriotism and Bernie sounds like a swamp movie or book. It is in fact the present, history reflected in the present and a unique reference about socialism. 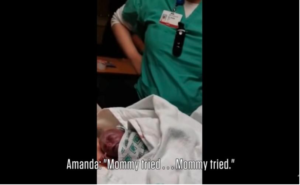 Returning to Ohio to live after leaving for the military when the ’70s just rolled in has had its awakenings to change. Yet, Ohio is systemic of the nation in that moral continuity has degenerated and the bastion of active moralism, the churches, have left the battle-field. Therefore, Murder, a most heinous head of the Hydra is codified in law without restriction.

Murder – an acceptable component of moral continuity? When a mother watches her new born twins die on her chest because the law says – they are too young to receive care after being born. I have a bit to say on this topic.

Ah, the mirrors of history how the reflection shines from the wet ink forming the words from Sam Adams quill pen. The resounding echo that trumpets through the justice doled out after five are killed on “The Green.”

When the smoldering passions of the citizens cry injustice, yet, it was a jury of peers that convict. The call to patriotism rings in the words of Sam Adams in his Article of January 21st 1771. He calls to the future, to our very present and virtually describes our President.

Is the intrigue and treachery of “that at present there are good grounds to apprehend a settled design to enslave and ruin the colonies (these United States); and that some men of figure and station in America, have adopted the plan, and would gladly lull the people to sleep, the easier to put it in execution:” And that the Citizens see the folly and elect a Champion?

“The fears and jealousies of the people are not always groundless: And when they become general, it is not to be presum’d that they are; for the people in general seldom complain, without some good reason. The inhabitants of this continent are not to be dup’d “by an artful use of the words liberty and slavery, in an application to their passions,” as the deamoncrats and socialist would have us think – No, Our present Citizenry – “They can distinguish between “realities and sounds”; and by a proper use “of that reason which Heaven has given them “, they can judge, as well as their betters, when there is danger of slavery.”

And here I will take you to the description that Sam writes of President Trump, a True Patriot: “The true patriot therefore, will enquire into the causes of the fears and jealousies of his countrymen; and if he finds they are not groundless, he will be far from endeavoring to allay or stifle them: On the contrary, constrain’d by the Amor Patrae, and from public views, he will by all proper means in his power foment and cherish them: He will, as far as he is able, keep the attention of his fellow citizens awake to their grievances; and not suffer them to be at rest, till the causes of their just complaints are removed.”

Bernie is the quintessential socialist – marxists. I have spoken on his ilk for years. To give you another flavor of discussing these purveyors of immoral continuity, I thought a refreshing approach by Pastor Doug Wilson would be enjoyed by all. I don’t have time to justly expound on his blog post titled “3 Reasons Why Socialism Should Not Be Considered as the Butterfly’s Boots” but I will hit a couple of points and let you delve into the posting for a refreshing educational experience.

1. The Hospital Refused To Treat My Twin Babies. Nurses Forced Me To Watch Them Die. “There was just one nurse sitting in the room. I asked her, ‘Why are you even in here if you’re not going to help?’ She replied, ‘I am here to call the time of death.’”

4. 3 Reasons Why Socialism Should Not Be Considered as the Butterfly’s Boots by Douglas Wilson

5. Marxism and Marriage by David Solway

Comments Off on 2-29-20 Murder, Patriotism and Bernie