What Gender is Your Library? 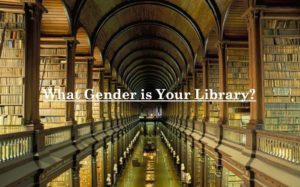 In Ohio, State wide libraries get over $400,000,000.00 in funding as well as local property tax levy money. From this, can you answer ‘What Gender is Your Library?’

This is an interesting question when it comes to Geauga County Ohio in that the Library Board believes it is not accountable to the tax payer, the County Commissioners nor the appointing Judges of the Common Pleas Court. In fact, it seems that the Seven Member Board are intent on pressing Local Political Theology of gender dysphoria into a forum for teens.

Can it be that these Seven appointed individuals do not understand the moral positions of the majority and are intent on ignoring a letter from the Ohio Speaker of the House? More important, Are they intent on defining – What Gender is Your Library?

On this program my guest is Jim Mac Neal. Not withstanding Jim’s technical and engineering background, he will Unpack the Issue of What Gender is Your Library. Jim has studied the section of the Ohio Revised Code that brought the Library Boards into existence. His insights should resonate with all Ohioans as well as reach across the whole US on this topic.

Jim and I have an informative and engaging conversation in respect to what Sam Adams always noted – That all politics is local and that their must be moral continuity in all local politics.

It is obvious by the non-participation of strong evangelicals at the various agency board meetings codified by state constitutions, that they have no use for ‘living peacefully’ in this nation. The issue of What Gender is Your Library is in the forefront because Christians are confused about their biologics and gender. Look at the Pew Report in the references: “Six-in-ten Christians say gender determined at birth; six-in-ten religious ‘nones’ disagree.”

When the pulpits refuse to engage the extensibility of the Gospel as the Sovereign Authority in every aspect of life – including culture and politics – then they are culpable in the demise and destruction of both.

Get to the next Library Board meeting in you county!

The one in Geauga County is mentioned in the program.

Take action or morality will be legislated or ruled out of the public square by even the religious that accept immorality.

“Were the talents and virtues which Heaven has bestowed upon men given merely to make them more obedient drudges, to be sacrificed to the follies and ambitions of the few? Or were not the noble gifts so equally dispensed with a divine purpose and law that they should as nearly as possible be equally exerted, and the blessings of poverty be equally enjoyed by all Away, then, with those absurd systems, which, to gratify the pride of a few, debase the greatest part of our species below the order of men. What an affront to the King of the universe, to maintain that the happiness of a monster sunk in debauchery and spreading desolation and murder among men, of a Caligula, a Nero, or a Charles, ° is more precious in His sight than that of millions of His suppliant creatures, who do justice, love mercy, and walk humbly with their God!” – Writings of Sam Adams Volume I

1. Transgenderism: A Christian Perspective – Journal on Reformed Faith and Practice