There is a lot of information that can be broken down very specifically on the topics of Sovereignty, Morality, Liberty and Mayhew. Yet these are all very 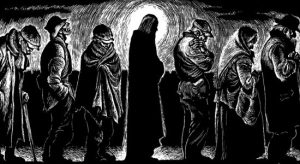 concrete components of the complete principled positioning of our National Foundation.

When considering the evil that occurred in El Paso and Dayton, these core principles are the missing elements being talked about and considered in the solution to not only El Paso and Dayton but the daily mass-murdering of the unborn.

Instead we have the destructive teachings of the likes of the Gospel Coalition promoting ‘Critical Theory‘ (including Gender Studies, Cultural Studies, Critical Race Theory, Critical Pedagogy, Feminist Studies, Anthropology, Literary Criticism)’the Social Justice Movement‘, ‘Liberation Theology‘, and ‘Cultural Marxism‘. These are all philosophies that Johnathan Mayhew and the Pastors of our Founding era condemned. Yes, There is Nothing New Under The Sun!

For those in NE Ohio, You better take a hard look at who’s a member of the Gospel Coalition and clearly understand what that means in terms of our Foundational Biblical Truth that gave us our Constitutional Republic.

Not withstanding some of the twists and turns of those that argue Johnathan Mayhew’s theological positioning, Mayhew in fact was a top theologian during the First Great Awakening and the American Revolution.

In this program, I briefly focus on his sermon “Discourse on the right of Private Judgement” – the long title: ‘On the difference between right and wrong, between truth and falsehood, and on the right of private judgment in religion’. For this sermon he received a Doctor of Divinity degree from the University of Aberdeen, Scotland.

“Samuel Adams, James Bovvdoin, James Otis, Judge Paine, Professor Winthrop, were his intimate friends, and highly esteemed him for his advocacy of civil liberty, as well as of rational religion.”1 I will be discussing aspects of this Discourse. In the future I will cover his ‘Discourse Concerning Unlimited Submission and Non-Resistance to the Higher Powers’. That really gets to the truth on how to view Romans 13!

The reality is that the battle of theological positioning is no different then at the time of the Revolution. We have the all the Non-God ‘isms’ that are instituting in law the paganism’s of the time before and of Jesus as well as the early Christians. To this, we have in my opinion the heresies of the Gospel Coalition and others that have succumbed over the last 100 years to those who would pervert the Foundational Truths for universalism and toleration leading to tyranny and despotism.

Yes, the Gospel is inclusive for salvation according to God’s intent, yet it is exclusive when one studies the cultural, social, political and economic components in the complete historical Bible relative to the Sovereignty of God within Covenant Theology.

Constitutionalism as intended by America’s Founders is not possible with the preaching of those ideologies mentioned.

Mayhew and the other Pastors of the Revolution stood strong against this tidal wave. So we, once again must do so. It is a Revolution of more than culture! It is once again the fight for the Foundational Faith of our Fathers!

1. The Double Murder That Ended Ally Kostial’s Life Is An Indictment Of Abortion Culture

5. 6 Ways Christians Can Fight the ‘Cultural Marxism’ on College Campuses

Comments Off on 8-10-19 Sovereignty, Morality, Liberty and Mayhew