Episode 376: Revisit with Sam Adams, Teddy R and Trump Standing for We The People. 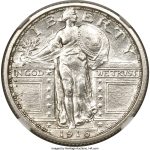 By 1916 Liberty was already compromised and less than what was Foundationally intended.

I trust that everyone had a wonderful Thanksgiving as I bring you the mirrors of history through a revisit with Sam Adams, Teddy R and Trump standing for We The People. This program first came out in October of 2016. I decided to rerun it over the Thanksgiving weekend since the actual podcast is again appropriate for our time. I just am bringing this program up again as part of an old style of learning, ‘rote’ learning. The article link will help you understand this critical foundational educational style.

Not only is ‘rote’ learning resurgent, but the message of Sam Adams in his report of 1772 Rights of the Colonists is important for relearning the fundamentals of the original struggle for true Liberty. Why include Teddy Roosevelt and Donald Trump in this post? Although, unlike Sam who was relatively poor, Teddy and Trump are of the elite class yet, they did and do, respectively have a heart toward the general Citizenry and love of country.

From Sam Adams To Trump – A Galactic Leap

Let me begin with fact that Donald Trump is not the political dynamo anywhere like the Founding Father Samuel Adams. Be clear that Samuel Adams exercised his political savvy, communication style and ability to stand against tyrants and despots based on his Puritan Reformation Biblical grounding and exemplified life. Therefore Adams, of the three characters in the posting is the only one that purposefully lived and acted to honor God in all that he did and attempt to instantiate Christian Nationalism at both State and National levels.

Considering the two-hundred years of God and government up to 1776, what is now the full transition from a Biblical Reformation Congregations of a ‘moral republic’ to now, our present depraved governance of the enlightenment ‘imperium supra Dei,’ government above God, which very much also rules in the majority of Christian Congregations – hence, godless governance rules the family, church and in every institution associated in these United States. The transitory time of the ‘Gilded Age’ more deeply developed the sense of the ‘political establishment’ that gave rise to the first New York ‘scraper’ Teddy Roosevelt.

Not only was the ‘Gilded Age’ the huge economic explosion and conversely the abuse of employees but also the merger mania of the mega-corporations. To which and for the purposes of this program, Teddy Roosevelt was the ‘proper bully’ to put a trustbusting kibosh on some of his contemporaries deals – like J. P. Morgan. As part of your ‘rote’ education, here again is the article from 2016 you need to read regarding this point:

A key portion of a paragraph in the article that links Sam, Teddy and Donald Trump is:

‘Yet even so, he was out of step with many, perhaps most, of his fellow Republicans on key issues—in particular, business regulation. Notably, TR was a critic of the Republican stand-pat attitude toward business abuses. And, not to put too fine a point on it, he viewed orthodox Republicanism as retrograde and reactionary, hopelessly outmoded in an era of rapidly swelling national needs.’

Now Sam Adams and Donal Trump have a common format in verbally attacking the enemies of the people. At times, many may be correct in that Trump uses language to defend or bolster his ego. Yet, in a number of comparative writings of Sam Adams, I see the language strategy of: vilification, condemnation, rebuke, castigation, denunciation, reproach, insulting and more. Sam was a master of the language such that he became enemy number one to both Parliament and King George. Now once again, the ‘rote’ lesson is to read: the original Samuel Adams: 1772 Rights of the Colonists and then the Modernized 1772 Rights of the Colonists.

As we know, even some fellow Patriots of Sam’s day did not have positive feelings toward Sam because of his calling out not only the enemy but also those who played the political games with the Liberty of the Citizenry. So it is true with Trump and at times with Teddy.

Now to Donald Trump. He is not a Puritan Reformation leader like Sam Adams was. His first order of participating in the political processes is not for the Glory of God. Trump is a conundrum of modern patriotism with no grounding in the root morality of the American Revolution. Yet Trump has the gumption that the majority of repudicans and so called conservative political leaders don’t have.

Trump Standing For We The People

As far as we know, see and hear, the comparative question has to be: Is Trump standing for We The People?

Well, Trump’s first term showed that he had good intentions and that he had a number of success. But, as I have previously written and spoken in recent programs, he was naive as to the mechanisms in the swamp. He did not know to what depth the entangled roots of the Uni-party were embedded in the mire of the swamp. Trump’s first term was a situation of dependency on political animals and will continue to be so with those inhibitors, resisting him fully from being the champion of modernistic Liberty.

None of us really know what is in the heart and mind of Trump. We can only go on his use of the public square of language and populist emotions. Don’t expect his be be a Sam Adams in setting a new American Revolution afire in the minds of the people. Although he is kindling flames of common Patriotism without the substance of Adams God Centered perspective of true nationalism with in a moral republic. Most certainly Trump is rallying the most natural ideal remembrance of the Foundational Republic which lives deep in the genetics of Americanism.

Lastly regarding this revisit with Sam Adams, Teddy R and Trump, we can only observe what the so called moderate repudicans / conservatives are going to do to inhibit Constitutionalism. They have been the undergriding of the leftists establishing power and for a status-quo of the power establishment at all levels of government. See House Moderates Aim to Be Counterweight to Freedom Caucus

Keeping it simple, The parallels of history show in ways that amazed me as I researched for this program that Sam Adams and yes, Theodore Roosevelt can be recognized on our American setting and that Donald Trump is standing shoulder to shoulder with them. The issues are common although the names change.

I challenge you, as your Action Item for this week, to read the attached 1772 Modernized Rights of the Colonist and the article on the ATT merger with an interview of Theodore Roosevelt.

The Founders wanted us to gain knowledge and get involved! Being a Citizen is an Active involvement in our political life! Let’s get our feet on the street for this time is critical.

Join me for this replay of today’s program to value the Founders perspective of the mirrors of history and the reality of the present.

Samuel Adams: 1772 Rights of the Colonists

Ones I can’t let go from in front of you:

From the Pulpits in the Foundation: Ellis Sandoz, Political Sermons of the American Founding Era: 1730-1805, 2 volumes

The Progressive Blue Print in use by Soros and because this is what Hillary and her globalist/communist – both party establishment ilk have been doing: And Not a Shot is Fired by Jan Kozak

Leaving this as a baseline on Progressives & Progressivism is Communism:

The American Road to Socialism by William Z. Foster

[section from History of the Communist Party of the United States, International Publishers, New York, 1952]

Adding one for all to get: Doctrine of the Lesser Magistrate

If you are a Christian then this is a must for these present times: Tactics of Christian Resistance by Dr. Gary North

Because our theology is wacko:

“Unholy Alliance: The History of the National Council of Churches” free pdf. by C. Gregg Singer

Comments Off on Episode 376: Revisit with Sam Adams, Teddy R and Trump Standing for We The People.