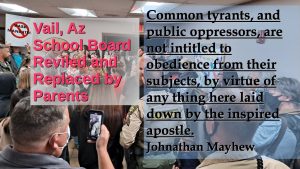 This week I have a great conversation with Pastor Matt Trewhella. Matt talks about how he became involved with the Doctrine of the Lesser Magistrate. He takes us from Interposition for the unborn to the present where elected and bureaucrats across the country are beginning to act according to their Oath of Office. This means Interposing tyrannical and despotic law, bureaucratic rules and court dispositions.

Before Matt Trewhella finding a person to translate the Magdeburg Confession, you could only read it in Latin or German. It is no wonder this doctrine was lost to the pulpits – the ‘semitaries’ stopped teaching Latin so the pulpits have become ignorant of many Foundational Reformation truths. END_OF_DOCUMENT_TOKEN_TO_BE_REPLACED

Last Sunday was the global celebration of the Reformations 500 year anniversary. This is one of the most memorable events in all of history in that it re-established the truth of the salvation of man from sin only through the Grace of God and only in Faith in Jesus the Christ. But what was not often spoken of in congregations regarding the Reformation is what it means socially and politically. The Reformation also challenged the rightful authority of kingship of humans and re-established the existence of the only rightful hierarchy of political authority again being in King Jesus.

The story of this plays out in the siege of Magdeburg and the Magdeburg Confession – One little city holding out and winning against the ‘Holy Roman Empire’. It is also about the true understanding of Romans 13 and the Doctrine of The Lesser Magistrate. You see, the Founding Fathers of America understood every aspect of the Reformation. Samuel Adams studied theology before he studied law. He had a clear understand of these Principles that are true from Genesis to Revelations and every aspect of governance in the context of corruptible human kind.