Wow! We got the wires uncrossed and have a great interview with Joan Swirsky for you. 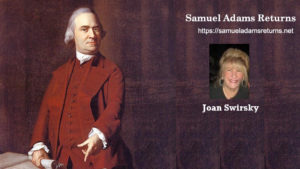 Joan is a prolific writer for numerous papers and online media including the Canada Free Press and the New York Times. She is a playwright, an Artist as well as an author of a dozen books.

From Poison Pen to Trump the Champion:

In this interview with Joan Swirsky, we traverse her career. We begin with her ‘poison pen’ letter to the editor regarding a lecture her and her husband attended. Our next topic in the conversation is her very eclectic medical career and several topics that show her depth of research which culminated in several medially related books. We key on two interesting technology topics regarding laser and sonar systems. Then we get to the meat.

Donald Trump coming down the escalator. In the course of discussing the continuity between three of her recent articles: March 21, 2020: Is This a PANDEMIC or a DEMPANIC? / April 10, 2020: After Four Years of Democrat Treachery, I Smell a Corona Virus Rat and April 24, 2020: Leftist Nonsense – Like Shooting Fish in a Barrel – we ultimately get to how President Trump is the Champion.

Misguided or Removing the Mask:

At great cost to the nation President Trump is in-between the ‘rock and hard place.’ Joan expresses her insights into what she deeply understands with the ‘liberal mind’ and the insidiousness of the Corona treachery. We finish our journey for now by looking at how politicians are child’s play in comparison to the Manhattan mob when it comes to getting things done. Joan ties the progression of those articles together and leaves us with a time evaluation comparison.

Joan Swirsky takes us into those mirrors of history by describing an article she read to her husband. She compares the ages of a number of the Founding Fathers of America to what we have in the present youth of our nation. Gee, in my opinion, there is no comparison. There are few twenty and thirty-ish minds that have the capacity to develop the works that are holding this country together – granted, by a thread. But that is another conversation.

Picking up from the discussion with Joan Swirsky regarding the education of our Founding Fathers, Sam took it a step further as to the purpose of education. Today our educational system is designed to produce the ‘industrious animals’ that de Tocqueville mention and in your notes from last weeks program. Here, Sam lays it out and my added emphasis, hopefully, brings it to your attention and actions.

I have lately written several Letters to my Friend Dr C & have informd him that you & he & Mr S are my only confidential Correspondents in Boston. I have other trusty Friends there, but I have not Leisure to write to them all. I have expressd my wish that the honest & virtuous Friends of our Country would cultivate a cordial Esteem for each other. I am affraid there are little Jealousies among them which prevent their uniting their Councils and Efforts against that Inundation of Levity Vanity Luxury Dissipation & indeed Vice of every kind which I am informd threatens that Country which has heretofore stood with unexampled Firmness in the Cause of Liberty and Virtue. This Torrent must be stemmed, and in order to do it effectually, there must be Associations of Men of unshaken Fortitude. A general Dissolution of Principles & Manners will more surely overthrow the Liberties of America than the whole Force of the Common Enemy. While the People are virtuous they cannot be subdued; but when once they lose their Virtue they will be ready to surrender their Liberties to the first external or internal Invader. How necessary then is it for those who are determind to transmit the Blessings of Liberty as a fair Inheritance to Posterity, to associate on publick Principles in Support of publick Virtue. I do verily believe, and I may say it inter Nos (between ourselves), that the Principles & Manners of New Engd, producd that Spirit which finally has establishd the Independence of America; and Nothing but opposite Principles and Manners can overthrow it. If you are of my Mind, and I think you are, the Necessity of supporting the Education of our Country must be strongly impressd on your Mind. It gives me the greatest Concern to hear that some of our Gentlemen in the Country begin to think the Maintenance of Schools too great a Burden. I wish they could hear the Encomiums (a speech or piece of writing that praises someone or something highly) that are given to New Engd by some of the most sensible & publick spirited Gentlemen in the southern States, for the Care & Expense which have been freely borne by our Ancestors & continued to this time for the Instruction of youth. Virginia is duly sensible of the great Importance of Education, and, as a friend in that Country informs me, has lately adopted an effectual Plan for that necessary Purpose. If Virtue & Knowledge are diffusd among the People, they will never be enslavd. This will be their great Security. Virtue & Knowledge will forever be an even Balance for Powers & Riches. I hope our Countrymen will never depart from the Principles & Maxims which have been handed down to us from our wise forefathers. This greatly depends upon the Example of Men of Character & Influence of the present Day. This is a Subject my Heart is much set upon.

But I fear I have wearied your Patience. I will conclude with my most ardent Prayer that our last Days may be our best Days and our last Works our best Works.

2.  All the other Sam Adams letters can be found in Volume IV of his writings.

Comments Off on 5-2-20 Joan Swirsky Interview