Vitriol of the Elected: 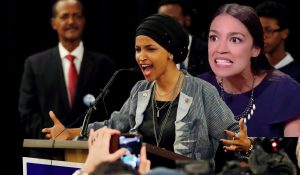 Once again we have to consider the vitriol of the elected as nothing new under the sun. In all of human kind since the ‘fall of man’, vitriol reared its ugly head.

In this program I look back at a specific time in our nations early history. Yes, there was a lot of vitriol in a classy manner during the fight to ratify the proposed Constitution of 1787. The worse of it often happened during the Ratifying Conventions in the various States. We shall examine one instance in particular that can be viewed in respect to our modern times.

I have a very interesting revelation for this program. We are hearing the Progressives going off not only with their venomous hatred of this Constitutional Republic and the President but there is more. Remember that the language of the Progressives – Marxists is a Dialectic which manipulate words and meanings with emotional impressionism.

I reveal the head of the snake. The discovery isn’t new, I’ve spoken of this very often.

What we are seeing “IS” the full implementation of the Kozak Plan.

I was honored again to have an article included at the Capitol Hill Outsider. I goes with the July 6th rebroadcast of “Attack On Christianity: It’s Your Fault!

Here is the link to the article: Christian Persecution In the United States: It’s Your Fault!