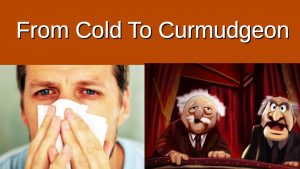 1. Muslim Community Revolts Against ‘Sexually Explicit’ Books In Schools, Shuts Down Board Meeting

Commentary: Are we going to see these parents hunted by the FBI as domestic terrorists? If you are a Patriot parent or a Christian Parent, would they be prosecuting and or persecuting you? Here in Ohio that is an effort going on by a group that will present all the ‘explicit’ books in various school districts to the State Legislature. Will that have the moral courage to act.

Sam Adams on how and what to teach children:

“Let Divines, and Philosophers, Statesmen and Patriots unite their endeavours to renovate the Age, by impressing the Minds of Men with the importance of educating their little boys, and girls – of inculcating in the Minds of youth the fear, and Love of the Deity, and universal Phylanthropy; and in subordination to these great principles, the Love of their Country – of instructing them in the Art of self government, without which they never can act a wise part in the Government of Societys great, or small – in short of leading them in the Study, and Practice of the exalted Virtues of the Christian system, which will happily tend to subdue the turbulent passions of Men, and introduce that Golden Age beautifully described in figurative language; when the Wolf shall dwell with the Lamb, and the Leopard lie down with the Kid – the Cow, and the bear shall feed; their young ones shall lie down together, and the Lyon shall eat straw like the Ox – none shall then hurt, or destroy; for the Earth shall be full of the Knowledge of the Lord.” – Letter to John Adams, October 4, 1790

Commentary: It is always about ‘follow the money’ and in this case, foreign influence has been the bane of maintaining our nationalism.

“It has been observed, that “education has a greater influence on manners, than human laws can have.” Human laws excite fears and apprehensions, least crimes committed may be detected and punished: But a virtuous education is calculated to reach and influence the heart, and to prevent crimes. A very judicious writer, has quoted Plato, who in shewing what care for the security of States ought to be taken of the education of youth, speaks of it as almost sufficient to supply the place both of Legislation and Administration. Such an education, which leads the youth beyond mere outside shew, will impress their minds with a profound reverence of the Deity, universal benevolence, and a warm attachment and affection towards their country. It will excite in them a just regard to Divine Revelation, which informs them of the original character and dignity of Man; and it will inspire them with a sense of true honor, which consists in conforming as much as possible, their principles, habits, and manners to that original character. It will enlarge their powers of mind, and prompt them impartially to search for truth in the consideration of every subject that may employ their thoughts; and among other branches of knowledge, it will instruct them in the skill of political architecture and jurisprudence; and qualify them to discover any error, if there should be such, in the forms and administration of Governments, and point out the method of correcting them.” – Address to Massachusetts Legislature as Governor, January 17, 1794

3. A New Hippocratic Oath Asks Doctors To Fight Racial Injustice And Misinformation and

Commentary: One of my Cat’s past specialist told us back around 2000 that he would not want to be on either end of a stethoscope in ten years….. Now being a doctor has nothing to do with health.

Commentary: Back in early 2000ish I was working DARPA projects at the national labs. I remember when a Chinese scientist was arrested as a spy for taking hard drives out of Los Alamos. Now… China is directly funding research and not having to use spies. Once again you have to remember that universities are the ones contracted to bring their scientist into the national labs. To this, go back to my point #2 and connect the dots.

“A general dissolution of the principles and manners will more surely overthrow the liberties of America than the whole force of the common enemy…. While the people are virtuous they cannot be subdued; but once they lose their virtue, they will be ready to surrender their liberties to the first external or internal invader…. If virtue and knowledge are diffused among the people, they will never be enslaved. This will be their great security.”

“Liberty will not long survive the total extinction of morals.”

Commentary: How is it that a communist from Peru can get elected in Virginia? Elizabeth Guzmán I really don’t know what else to say except that we have given up the Biblical Reformation God of our Forefathers as well as any sense of historical nationalism which maintains our Constitutional Republic.

The Anti-federalist predicted it.

Mike Pence: Conservative Movement Cannot Be ‘Led Astray by the Siren Song of Unprincipled Populism’ This article relates: Was There Ever a Neoliberal Order?

Sam Adams commentary on both:

“If ever a time should come, when vain and aspiring men shall possess the highest seats in Government, our country will stand in need of its experienced patriots to prevent its ruin.”

“No people will tamely surrender their Liberties, nor can any be easily subdued, when knowledge is diffused and virtue is preserved. On the Contrary, when People are universally ignorant, and debauched in their Manners, they will sink under their own weight without the Aid of foreign Invaders.”

“The right to freedom is the gift of God Almighty….The rights of the Colonists as Christians may be best understood by reading, and carefully studying the institutes of the great Lawgiver and head of the Christian Church: which are to be found clearly written and promuligated in the New Testament.”

And a warning from John Adams:

“But a constitution of government once changed from freedom can never be restored. Liberty, once lost, is lost forever.”