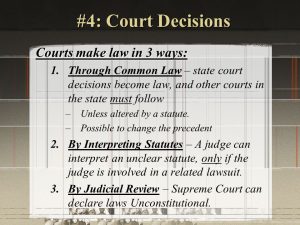 Is this fact? Is it True?

The Courts and the Mental Health Industry are destroyers of the Republic. The perspective regarding the Courts was predicted by the Anti-federalists. I have discussed what Robert Yates wrote on a number of different programs, see here, here and here for starts. Recently we see that Justice Sotomayor is one of the ilk that the Anti-federalists warned about. I look into her statement in the article, ‘Sotomayor accuses conservatives of ‘dismantling’ church-state separation BY JOHN KRUZEL – 06/21/22 11:32 AM ET.’ My specific interest is in the first clause of the 1st Amendment..

The afore mentioned Justice, as with all others who continue the deception of ‘church-state separation’ need to restudy original intent. But they don’t care about Foundational Principles or original intent.

There has been a greater attack on the first clause of the 1st Amendment then most realize. There are significant founding documents that clearly show what that the establishment clause for religion is specific and limited only to the federal government setting up a national religion. As such, I submit these references, which are in this link from The Founders Constitution and are delineated in the Reference section of this Newsletter.

Always more to say than there is time to discuss. 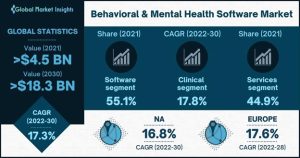 When I was completing my degree in Behavioral Science, 1982, I had to attend classes and seminars that was still, at that time, called immoral. END_OF_DOCUMENT_TOKEN_TO_BE_REPLACED

Comments Off on Episode 354: Courts and Mental Health Industry Destroying the Republic

I am writing this as a former member of the Geauga County Board of Mental Health and Recovery Services, hereafter the Board. What incented me to take this step are the numerous articles cascading the blogs and the western Geauga County rags that are disparaging and misrepresentative of facts and truth. My intentions are to give a perspective that only a former insider of the Board can present to the reasonable Citizens of Geauga County. END_OF_DOCUMENT_TOKEN_TO_BE_REPLACED

Comments Off on Geauga County Board of Mental Health Confusion

Episode 350: Murder Before Your Eyes 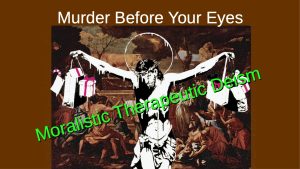 You are witnessing Murder Before Your Eyes.

Videos are available at: Rumble and Brighteon

When I began the research for this program I did not anticipate the shooting in Texas. It is predictable that this would happen and most likely it will happen again. Why? God is out, godless mental health blabber, defund police, destroy the 2nd Amendment and so on – is in with a false ideologies of what Constitutionalism should be based on religious, cultural and political Moralistic Therapeutic Deism. The loud mouths in media and ideologically left hate the Constitution because it is ONLY for a ‘Moral and Religious/Virtuous People.’ Worse, as I always note, Pastors do not have a Foundational Reformation or Foundational American view of truth as noted in this recent report from American Worldview Inventory 2022, Release #5: Shocking Results Concerning the Worldview of Christian Pastors.

Now, the murder going on is not only in schools when an evil person acts with a gun but through mental abuse in schools by shoving immorality, especially trans insanity, in the political arena as I discuss on almost every program. This has been happening for decades and most of the American population, especially the liberal Christian denominations and blind eye evangelicals, have a bloody hand in it.

There is NO outcry to return Christian prayer to schools. NO outcry to post the Ten Commandments back in schools. And sadly there is NO outcry to have Biblical pastors that know Foundational history in the context of the Chaplains and Clergy of the Revolution teaching in seminaries-cemeteries or in the pulpits. And because there is NO OutCry from moral groups of people, public schools will not feed students K -12 that will not accepts the ‘Trans Agenda.’ Sadly, it seems it takes the left to call out the left as Bill Maher: ‘We’re Literally Experimenting on Children’ with Gender Transitions for Children.

The crux of our present situation is from inaction and roof-top-sitting Christians Not knowing Foundational theology and history thereby allowing the insurgence of non-Reformation theology since 1707 to establish individualism that is ‘self – not god’ centric. To that end, we have weak kneed, ignorant PhD’s at the pulpits and in the seminary-cemeteries, allowing these United States to be destroyed by that roof-sitting-disassociation theology and Christian acceptance of worldviews other than Biblical.

END_OF_DOCUMENT_TOKEN_TO_BE_REPLACED

Comments Off on Episode 350: Murder Before Your Eyes