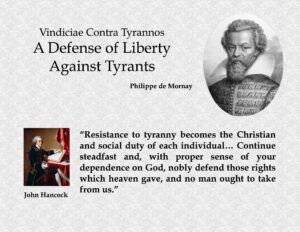 As I have discussed for the last thirty plus years, The Church is to be victorious in every aspect of where we are placed. This is not a ‘name it and claim it’ concept. It is the eschatology of the Reformers and especially the Puritans that settled the northern colonies of America. Since the mid-1800’s the universalism of the ‘social gospel’ and what I have called ‘roof top eschatology,’ has removed the American foundational view of developing a ‘moral and virtuous people’ to lead in every aspect of governance – beginning with the family. END_OF_DOCUMENT_TOKEN_TO_BE_REPLACED