The Present Civil War and Back to 2019 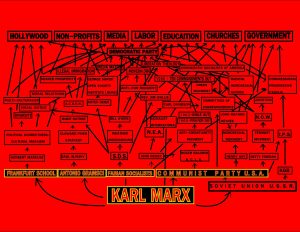 The present Civil War is more inflamed with actual battle engagements and not just the runaway skirmishes that conservatives and repudicans have dabbled in over the last eighty years.

This week, travels still take president and the podcast/vblog are from 5-11-19 Anti-federalists Prediction – Present Civil War is on deck for this epicode. As I look back at this program, my view is that no one was really thinking that the skirmishes would become an all out slaughter in the so called culture and political battlefields. Sadly, there have been a number of us that do not wear tinfoil hats that have been following the lead of the Anti-federalists by predicting the breaching of the walls of Constitutionalism. We are in fact fully engaged in the greatest firefight since the opening salvos at Lexington and Concord.

The battles have now come to either the rout from New York or the lines drawn at Yorktown. We shall see over the course of the next six months where the lines of victory or defeat will leave these United States. Interesting, the enemy is using increased fear and confusion through the new ChicomFlu variants that are destine to further contain how the Patriots will be able to consolidate our activities. This includes how Constitutional candidates will be able to campaign.

The war for true Liberty is not new. It began in the heavens when Lucifer thought greater of himself than what he is. (Isaiah 14:12-14 and Ezekiel 28:12-18) The questions of our time resonates from our past. Samuel Adams calls for ‘courage’ and asks this timeless question in his speech regarding the Declaration of Independence:

‘Courage, then, my countrymen! Our contest is not only whether we ourselves shall be free, but whether there shall be left to mankind an asylum on earth, for civil and religious liberty? Dismissing therefore the justice of our cause, as incontestable, the only question is, What is best for us to pursue in our present circumstances?’

In our present circumstances, we have only to look back to 1963. In Congress, the plan was fully read into the record. Many of you know what this is. Yes, the 45 Goals of the Communist USA. I believe that the response to these Goals was given in that Speech of Samuel Adams, which you can read key excerpts of further in this posting. First off, I am going to walk you quickly through the 45 Goals.

Back to the Future

Most certainly I am not talking about the movie Back to the Future in this subsection. No, we are going into the House Chamber on Thursday, January 10, 1963. I talked about this on the 11-12-16 Liberty or Despotism program. The link to the 45 Goals of the Communist Party USA are linked in that program as well as in the Reference below.

Now is the time to review a few of these goals that have bloodied the retreating Evangelicals, repudicans and conservatives in general. Always remember that a bloody battlefield is slippery, smelly, emotionally draining and deeply impressed on the mind of a true warrior. Unfortunately, over the last eighty years we have not trained warriors, we have raised up fickle, unreliable, irresolute and faithless individuals. These may be loosely called citizens but they have more cognizance of the 45 Goals inculcated while exercising cognitive dissonance in Constitutionalism. This was intentional.

No more delays. Here are some of the 45 Goals that are bludgeoning the citizenry with embedded references that may include some of my old programs:

Enough of the Mirrors of History

The time has come that all who are reading this must look in their own mirrors and see that they either have allowed things to get this far or they have been involved in the solutions. How do you see yourself in the mirror?

I have leave you now with your own thoughts in what you will actually do to help win the war? Seek those who are engaged and get moving or be a DIP – Dead In Place.

It is time that all of us fully engage and fight for our Liberties and the restoration of Constitutionalism at every level of governance.

Key excerpts from Sam’s speech regarding the Declaration of Independence. Find the download of the full speech embedded in this blog post, 7-4-2015: Samuel Adams Speech About the Declaration:

‘…Having been a slave to the influence of opinions early acquired, and distinctions generally received, I am ever inclined not to despise but pity those who are yet in darkness. But to the eye of reason what can be more clear, than that all men have an equal right to happiness? Nature made no other distinction than that of higher or lower degrees of power of mind and body. But what mysterious distribution of character has the craft of statesmen, more fatal than priestcraft, introduced?

According to their doctrine, the offspring of perhaps the lewd embraces of a successful invader, shall, from generation to generation, arrogate the right of lavishing on their pleasures a proportion of the fruits of the earth, more than sufficient to supply the wants of thousands of their fellow-creatures: claim authority to manage them like beasts of burden, and without superior industry, capacity, or virtue, nay, though disgraceful to humanity by their ignorance, intemperance, and brutality, shall be deemed best calculated to frame laws, and to consult for the welfare of society.

Were the talents and virtues, which Heaven has bestowed on men, given merely to make then more obedient drudges, to be sacrificed to the follies and ambition of a few? Or, were not the noble gifts so equally dispensed with a divine purpose and law, that they should as nearly as possible be equally exerted, and the blessings of Providence be equally enjoyed by all? Away then, with those absurd systems, which, to gratify the pride of a few, debase the greatest part of our species below the order of men. What an affront to the King of the universe, to maintain that the happiness of a monster, sunk in debauchery and spreading desolation and murder among men, of a Caligula, a Nero, or a Charles, is more precious in his sight than that of millions of his suppliant creatures, who do justice, love mercy, and walk humbly with their God! No! In the judgment of Heaven there is no other superiority among men, than a superiority in wisdom and virtue. And can we have a safer model in forming ours? The Deity then has not given any order or family of men authority over others, and if any men have given it, they only could give it for themselves. …

… The Author of Nature directs all his operations to the production of the greatest good, and has made human virtue to consist in a disposition and conduct which tend to the common felicity of his creatures. An abridgement of the natural freedom of man, by the institution of political societies, is vindicable only on this foot. How absurd, then, is it to draw argument from the nature of civil society for the annihilation of those very ends which society was intended to procure. Men associate for their mutual advantage. Hence the good and happiness of the members, that is, the majority of the members of any state, is the great standard by which everything relating to that state must finally be determined; and though it may be supposed that a body of people may be bound by a voluntary resignation (which they have been so infatuated as to make) of all their interests to a single person, or to a few, it can never be conceived that the resignation is obligatory to their posterity: because it is manifestly contrary to the good of the whole that it should be so.

Such are the opinions of every virtuous and enlightened patriot in Great Britain. Their petition to Heaven is – “That there may be one free country left upon earth, to which they may fly, when venality, luxury, and vice, shall have completed the ruin of liberty there.”

Courage, then, my countrymen! Our contest is not only whether we ourselves shall be free, but whether there shall be left to mankind an asylum on earth, for civil and religious liberty? Dismissing therefore the justice of our cause, as incontestable, the only question is, What is best for us to pursue in our present circumstances?

… A politic minister will study to lull us into security, by granting us the full extent of our petitions. The warm sunshine of influence would melt down the virtue, which the violence of the storm rendered more firm and unyielding. In a state of tranquillity, wealth and luxury, our descendants would forget the arts of war, and the noble activity and zeal which made their ancestors invincible. Every art of corruption would be employed to loosen the bond of union which renders our assistance formidable. When the spirit of liberty which now animates our hearts and gives success to our arms is extinct, our numbers will accelerate our ruin, and render us easier victims to tyranny. Ye abandoned minions of an infatuated ministry, if peradventure (uncertainty or doubt) any should yet remain among us! – remember that a Warren and Montgomery are numbered among the dead. Contemplate the mangle bodies of our countrymen, and then say, What should be the reward of such sacrifices? Bid us and our posterity bow the knee, supplicate the friendship, and plough, and sow, and reap, to glut the avarice of the men who have let loose on us the dogs of war to riot in our blood, and hunt us from the face of the earth? If we 1ove wealth better than liberty, the tranquillity of servitude, than the animating contest of freedom – go from us in peace. We ask not your counsels or arms. Crouch down and lick the hands which feed you. May your chains set lightly upon you, and may posterity forget that ye were our countrymen.

b. Article with ‘45 Communist Goals From 58 Years Ago’ included by By Tom Licata

Comments Off on The Present Civil War and Back to 2019