Destruction of the Constitution – NOT! 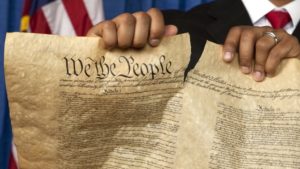 Understanding the reality of those wanting the Destruction of the Constitution, I am opening this weeks program with the Foundational truth that was the deep root of the establishment of this nation. That being the pulpits. I have taken on producing a video series of reading a book to my grandchildren that they will never hear otherwise. In fact you will never hear about it other than here. The book was published in 1864 during a very troubled time. Click on the title to follow the link to find out more about the book and the video series for “The Chaplains and Clergy of the Revolution”. Last week I gave you the link to the book. This week you need to go to the video information to find the link.

Destruction of the Constitution – No one Listening

The Title for today’s program is something that I have been talking about for forty plus years. I’m keeping this blog post of the program simple. The events of the past two weeks and the actions of the various states elections boards is not predictable, these are the results of not doing anything about what many other and myself have been warning about until we are blue in the face. Thankfully we live in a Constitutional Republic not a democracy or a democratic parliamentary form of government. If we did, then… The Kozak Plan would have us under 100% neo-marxist/socialist domination. END_OF_DOCUMENT_TOKEN_TO_BE_REPLACED

Comments Off on Destruction of the Constitution – NOT! 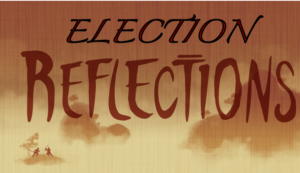 END_OF_DOCUMENT_TOKEN_TO_BE_REPLACED

Mid-term Elections Matter even with the election of President Trump in 2016 is the first effort in fifty-years in what he clearly states in his inaugural speech. “Today’s ceremony, however, has a very special meaning because today we are not merely transferring power from one administration to another or from one party to another, but we are transferring power from Washington, D.C., and giving it back to you, the people.1” The forceful opposition to this clear transfer back to Founder’s Intent for self-governance is the purposeful intent of the democrats and their socialists/neo-marxists collaborators.

The greatest fights for our Constitutional Republic are yet before US. The miscreants of the attacking ‘left’ are now fully engaged to topple every aspect of the Constitution and the Republic. With the confirmed appointment of Justice Kavanaugh they are conceding the loss of the position but are claiming through people like actress Milano, “we may have lost a political battle, but I do think we are winning the cultural battle.2” – In her interview on “Meet The Press” of all programs. This self-styled political genus uses the word ‘collective’ numerous times. Remember that language usage is 100% telling of ones ideologies.

So what about all the ‘Tolerance’ shouting and coexistence stuff? END_OF_DOCUMENT_TOKEN_TO_BE_REPLACED

Comments Off on Mid-Term Matters

Tagged as 2018 Elections, 2018 Mid-term, Constitutionalism, elections, Get out the Vote, intolerance, local elections, power to the people, Sam Adams, tolerance