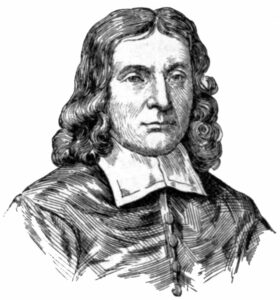 Before I make reference to the text of ‘The Character of a Good Ruler’ and take you to the bio information about Samuel Willard, I wanted to highly recommend that you shard this sermon with elected persons, judges and non-elected bureaucrats. This sermon is as pertinent in our present time as it was at the end of the 17th Century. As we see clearly in ALL administrations at all levels of governance particularly over the last one hundred years, these Characters of a Good Ruler have been and are wanting.

With that, for my part, the several takeaway’s are:

END_OF_DOCUMENT_TOKEN_TO_BE_REPLACED

Comments Off on The Character of a Good Ruler (1694)

How Dare I say this? Simple, I know how to read and reading the Federalist Papers alone gives clear intention (Intent) for how governance should function in the Republic. So before we get to the core issues as indicated by the title let us get one thing very clear: every pundit, talk show host/hostess, politician or bureaucrat that calls this nation a democracy should be heavily chastised, have their ears rung and be thrown out the door for manifesting their ignorance or subversive ideologies. Why? Because we are a Constitutional Republic (period)! If you cannot get that correct then you have no capacity to understand how this nation should function! END_OF_DOCUMENT_TOKEN_TO_BE_REPLACED

We need to learn from this speech! Yes, I read it because the words are timeless and this proves our ‘Populous’, ‘Religious’ heritage that had England in a turmoil. So too it has the globalists/progressives/communists in a turmoil this very day. What the media including Hannity and others don’t do is Bring back the real facts and truth that will Make America Great Again. It is our Foundational Heritage not just the economy.

Here’s the link to the speech if you have no interest in hearing or watching the program – at least read the read it for yourself! Edmund Burke Speech on Conciliation with the Colonies

Comments Off on 1-6-18 Edmund Burke, 1775 Speech on Conciliation with the Colonies

A few programs back I introduced the “Doctrine of the Minor/Lesser Magistrate.”  In this program I bring to light how Sam Adams understood this “Doctrine” and in reality lived it as the quintessential Lesser Magistrate.

OK, just to get it straight on the definition, quintessential in this context means: representing the most perfect or typical example of a quality.

Sam Adams from his first elected position to the last term of office as the Governor of Massachusetts understood who the Great Sovereign is and how that applies to every aspect of life and governance.  Sam Adams fully applied the “Doctrine of the Minor/Lesser Magistrate” during his life.  I hope for moderns that can understand and apply this truth in the present.